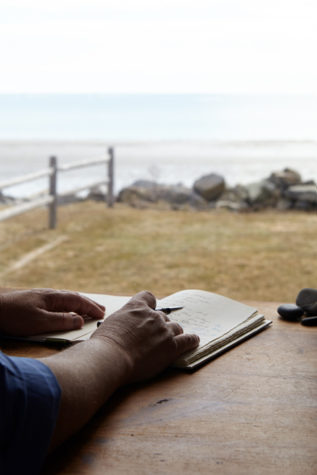 The art of clarity. Shore, the author of four books, considers writing one of the most important aspects of his work. 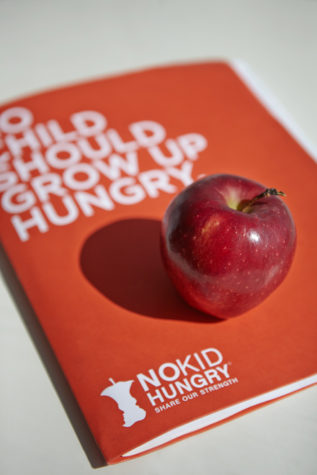 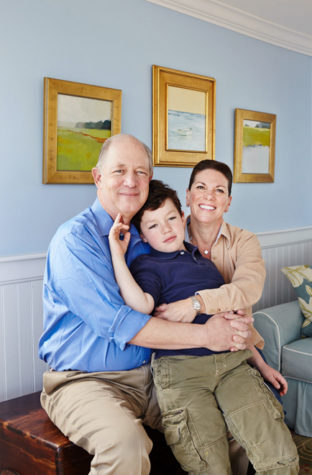 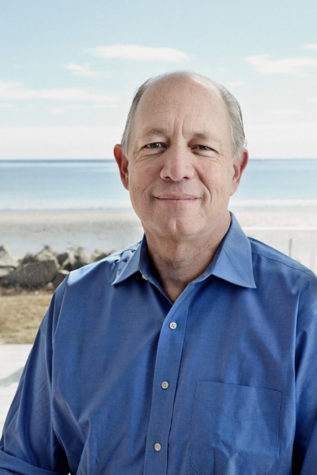 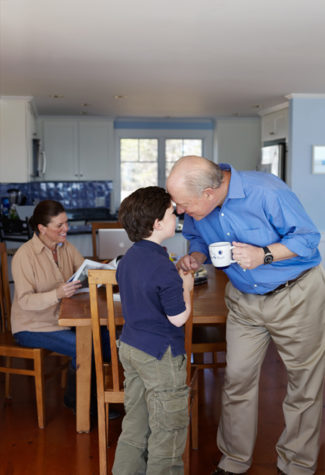 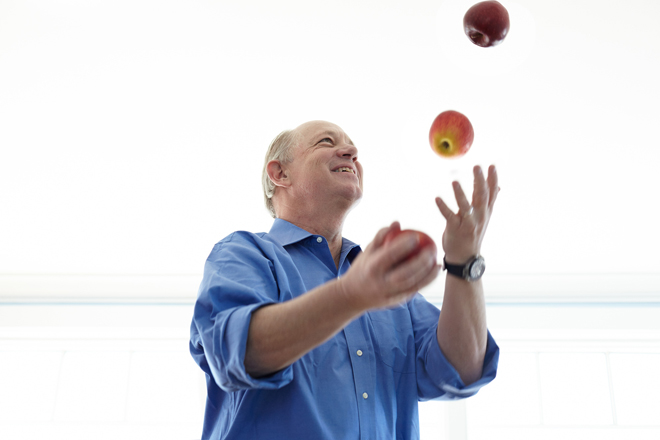 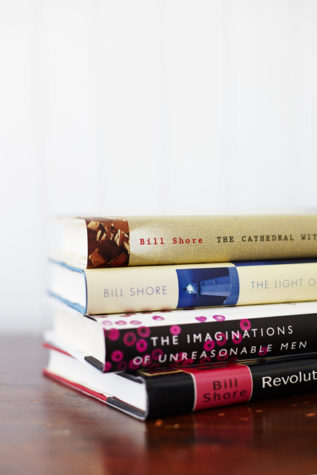 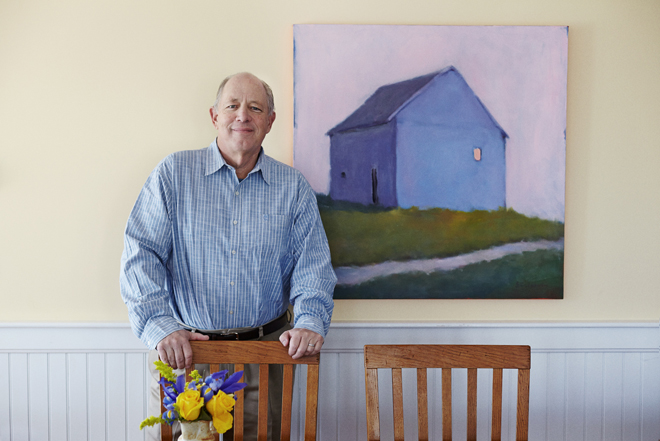 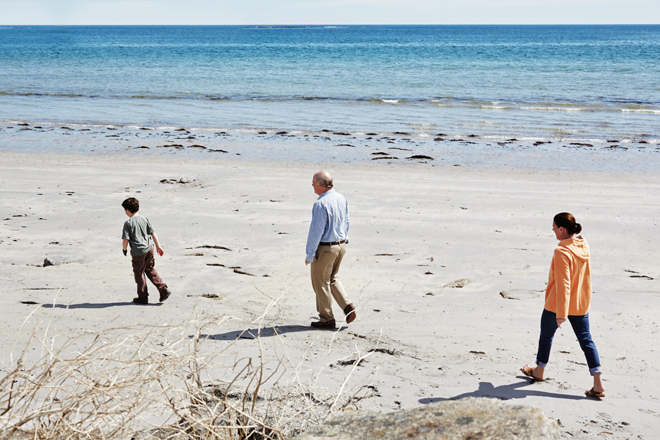 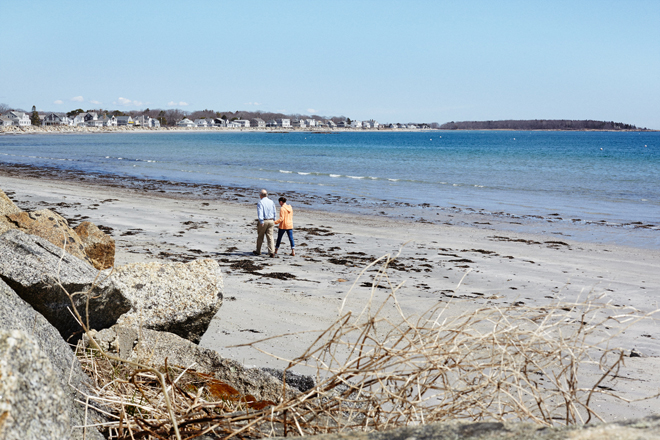 Goose Rocks Beach, where Shore and his wife, Rosemary, own a home 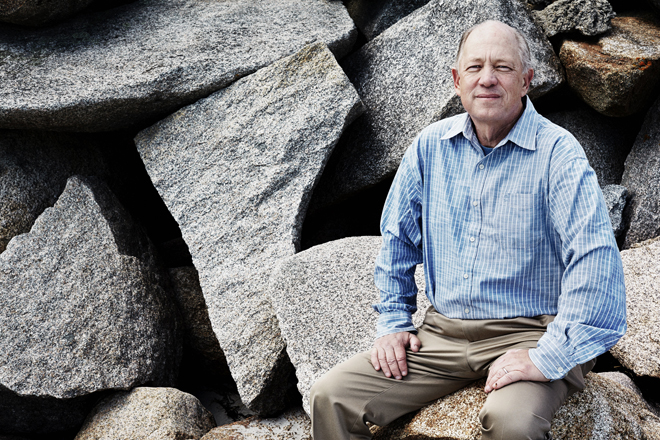 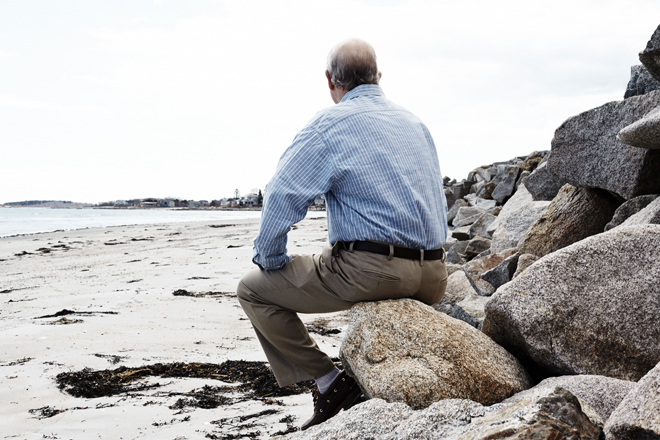 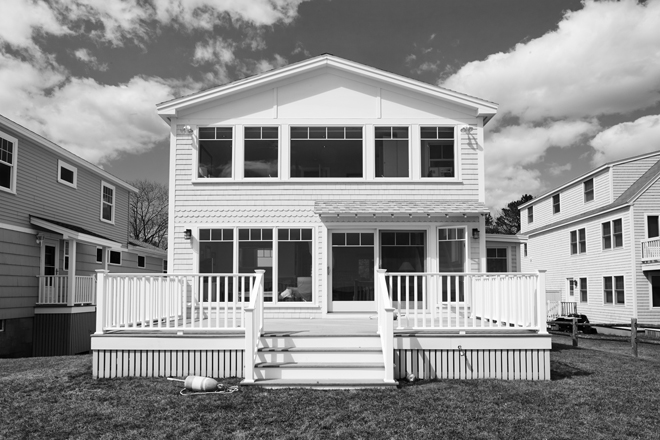 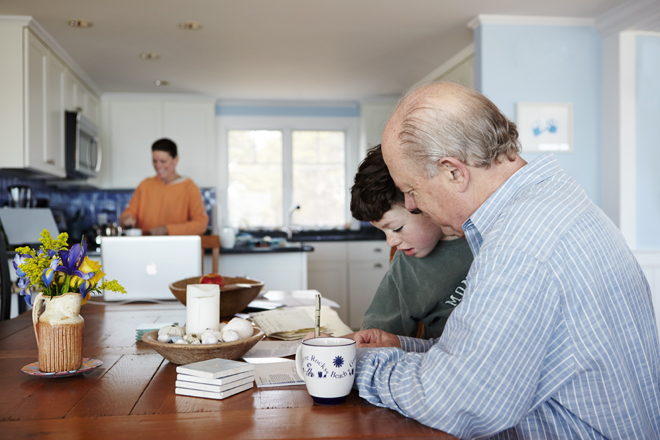 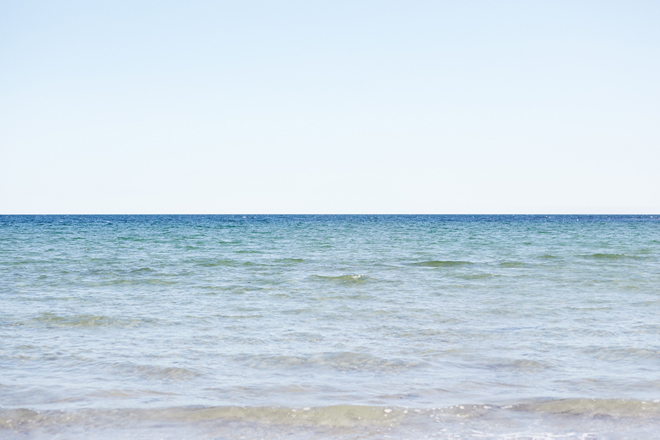 It’s a summery day in March, and Trident Booksellers and Cafe on Boston’s Newbury Street is thrumming with noontime bustle. In the dining area, tables of bespectacled twenty-somethings with tattoos up their arms and messenger bags slung over their shoulders discuss big ideas behind columns of coffee steam. Sitting at a table in the middle of the crowd is a balding man in his 50s, in khakis and a button-down shirt and boat shoes, gazing toward the windows, his face resting in quiet reflection. Billy Shore, founder and CEO of Share Our Strengthan organization devoted to the single goal of ending child hunger in Americacould be the father of any of these youngsters, stopping by the Trident on his lunch hour just to see how everyone’s doing, or at least to make sure that everyone’s well fed.

I take a seat at Shore’s table. Before I take out my notepad, he tells me to finish my sandwich, asks me where I’m from, if I’ve got a family, and what I do for a living. I tell him that this morning, I took the train three hours south from Brunswick, that I’ve got a daughter, and that I’m a writera fact I admit with some sheepishness. Shore, after all, is the author of four books and, despite his efforts in the very public realm of social entrepreneurship, still sees writing as “one of the most important aspects of my work.” “It gives me clarity about what I’m doing, and why,” Shore says.

The Light of Conscience, Revolution of the Heart, The Imaginations of Unreasonable Men, and The Cathedral Within are all written with unique but connected goals in mind: to encourage the reader to approach seemingly insurmountable problems with not only outside-the-box solutions, but with hope, courage, and fearlessness.

“You think Maine is good for writing?” Shore asks me. Although Shore spends most of his time either traveling around the country, or meeting with public officials in Washington, D.C., or in his apartment a few blocks away, he likes to spend weekends in his house in Kennebunkport, with his wife, Rosemary, and eight-year-old son, Nathan. The house is on Goose Rocks Beach, in the same neighborhood where Rosemary used to vacation as a young girl. Shore’s sister-in-law lives down the street.

Shore looks thoughtfully out the windows onto Newbury Street. “I love Maine. I love writing in Maine. In the morning. The rhythms of nature, the dramatic tides, the lack of pretense, the authenticity of the people. I find the people to be very authentic.”

Authentic. How a man who, in 2005, was chosen as one of “America’s Best Leaders” by US News and World Report remains authentic is a question that baffles me. On the train ride into Boston that morning, I read about Shore online: how he and his sister, Debbie Shore, grew Share Our Strength from a small nonprofit to a powerful organization that, in 2010, reported nearly $25 million in revenue. I also watched a video of his Larry King Live appearance where Shore was featured alongside Jeff Bridges, one of Share Our Strength’s most visible and eager supporters. But it doesn’t make sense: how does the man find time to write?

“It’s a balancing act,” he tells me. “But I promise my son I’ll be home for dinner six days a week. And I am.”

There’s a miracle at the bottom of all this benevolent madness: about 30 years ago, Shore tells me, he was stuck in a traffic jam in downtown Washington, D.C. At the time, he was working for then-senator and presidential candidate Gary Hart. As Hart’s campaign manager, Shore’s mind was a circus of schedules and politics. While waiting on the freeway, he glanced at that day’s newspaper. The year was 1984; the headline reported that during the summer an estimated 200,000 people in Ethiopia were going to die of starvation.

Shore, in his early 30s at the time, had two immediate reactions. The first was shock: he felt a deep and nearly painful need to do something. The second was surprise: it had been a long time, Shore realized, since he’d had an idea of his own that wasn’t tied up with managing someone else’s campaign.
In a rented room in a small house near Capitol Hill, Shore and his sister started Share Our Strength. In the mornings, he worked for Hart; during lunch hour, he snuck off to the Share Our Strength office. His business model at the time was based largely on what Shore calls a “naïve notion” that raising money and sending it to food banks could somehow end childhood hunger. Soon, Shore realized that this approach “wasn’t systemic” and “didn’t address the symptoms of the deeper issue.” Some days, the siblings cold-called celebrities with philanthropic reputations. Steve Wozniakcofounder of Apple computerswas on their list. Other days, Shore received unsolicited checks. In 1988, he received donations from best-selling authors Stephen King and Sidney Sheldon.

“What is the universe trying to tell me?” Shore asked himself. His answer: that all of us, no matter what we do or where we are, can, and want to, contribute. All of us have the capacity to Share Our Strength in our own best way.

Now, Shore spends much of his time meeting with budget-strapped governors across America, to speak to them about how to more effectively use federal monies to implement nutrition programs in their public school systems. He often cites the hard evidence that a healthy, well-fed child is, in the long run, a less costly child. He also spends his time at Share Our Strength events where corporate sponsors help raise awareness about SOS’s mission. In 2012, Share Our Strength hosted a sold-out Taste of the Nation fundraising event on Great Diamond Island, where over 20 of the country’s best chefs volunteered their time and talents in the name of No Kid Hungrythe new slogan of Share Our Strengthand distributed over $150,000 to local food banks. This month, Taste of the Nation will come to Wolfe’s Neck Farm, in Freeport, and do it again.

And somewhere in this constellation of Shore’s efforts, he’s still a father, a writer, a man who often would be just as happy walking along the beach with his wife and son. I ask him what his son thinks of Share Our Strength. Is it something he can even wrap his mind around?

“He’s really into it,” Shore says. Then he tells me a story: recently, after a fundraising event, Nathan asked him, “Dad, what happens when you hit your goal?”

The goal that Nathan was referring to is Shore’s promise to himself and his organization of ending child hunger by 2015a promise which many think is too ambitious, and might make him look bad if he fails.

“Sometimes,” Shore says, laughing, “young people know how to get at the heart of an issue, right?”

“I told him, ‘Well, I’ll find something else.’ He looked at me and said, ‘Will you promise to at least take a month off first?'”

There are books to write, mouths to feed, beaches to stroll. But for someone like Shore, a month of vacation might not be enough time to get it all done.