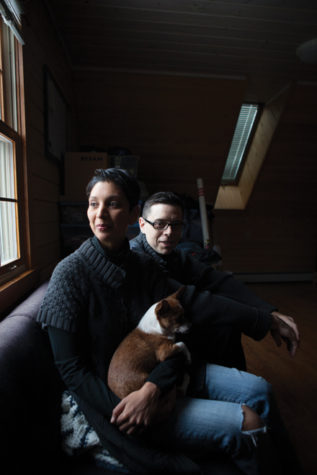 Gilla Pullapilly and Aron Gaudet, along with their dog Minnie Pearl, enjoy the peace and quiet of Bar Harbor. 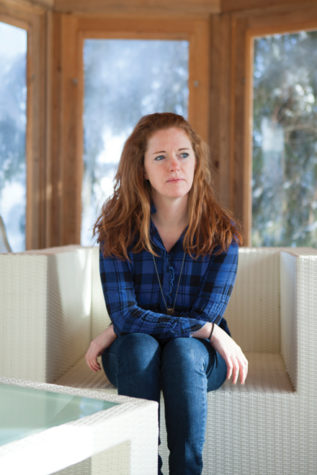 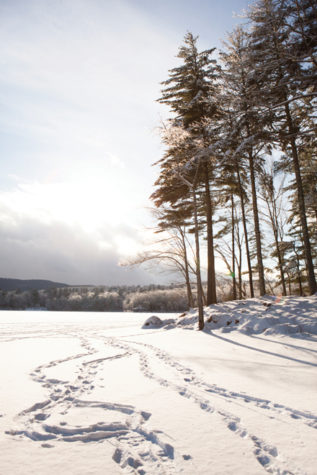 A snowy day at Lake Megunticook 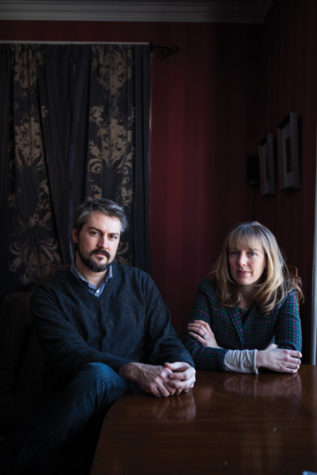 Portland-based husband-and-wife filmmaking team Sean Mewshaw and Desi Van Til fought hard to make their movieTumbledown locally. "The movie isn't just set in Maine," says Van Til. "It's all about Maine and the choice to live here." 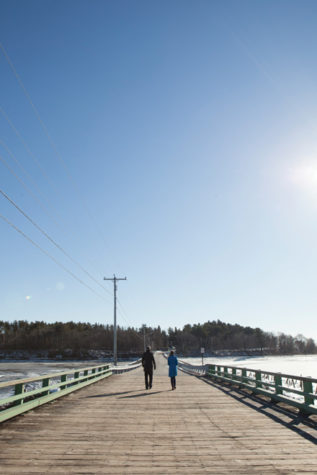 Sean Mewshaw and Desi Van Til walk away from the camera. 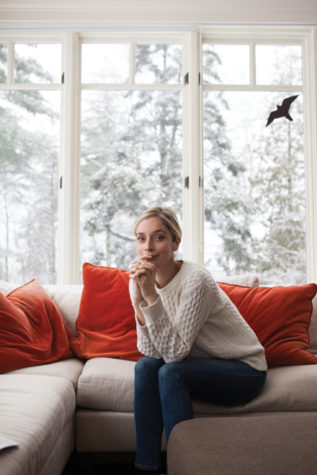 "As soon as I left Maine," says actress Caitlin FitzGerald, "all I wanted to do was return." 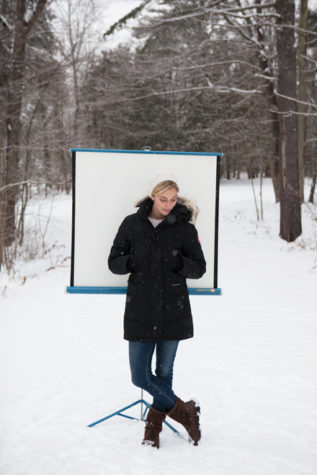 "When the weather is so extreme," says Caitlin FitzGerald, "There's a vitality to the landscape." 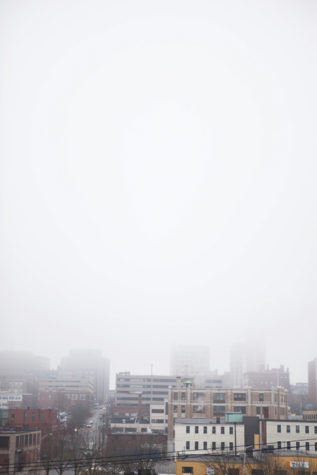 Maine in all its misty splendor 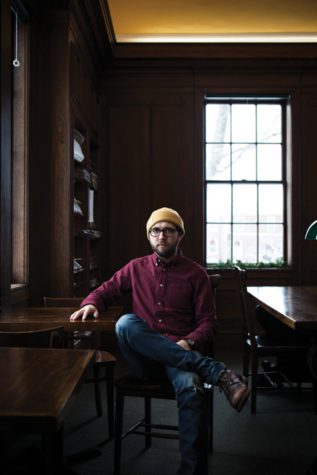 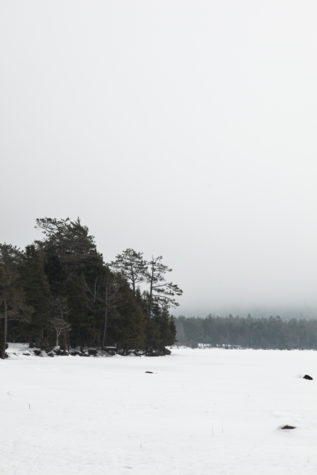 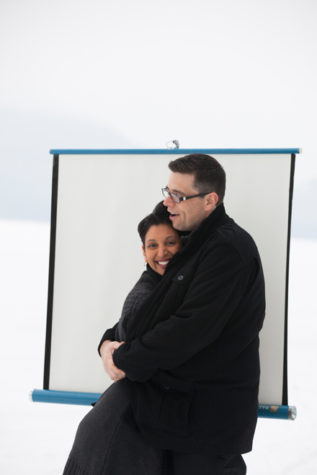 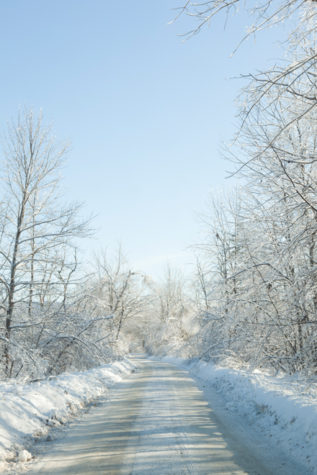 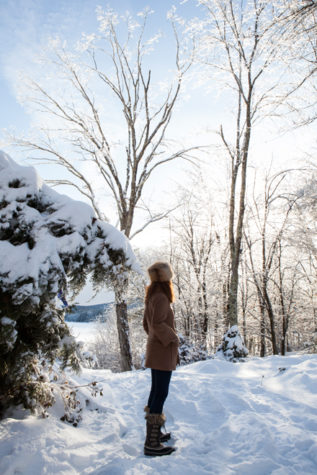 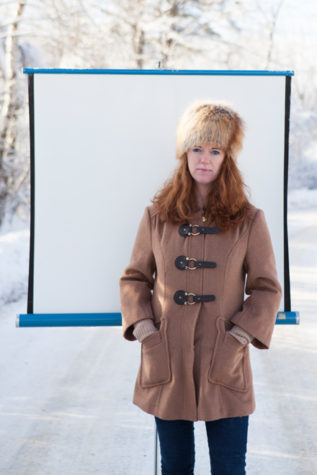 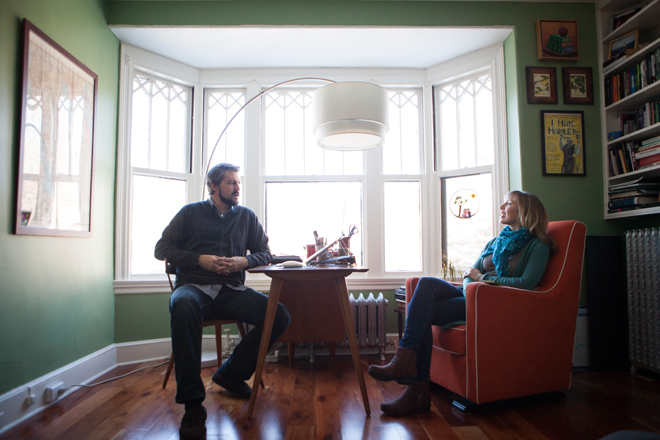 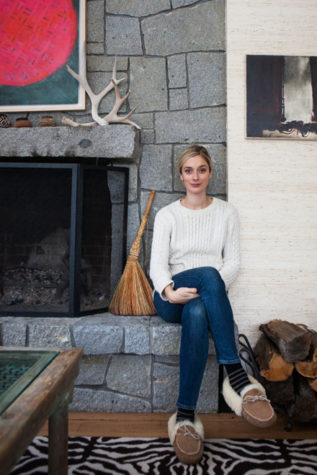 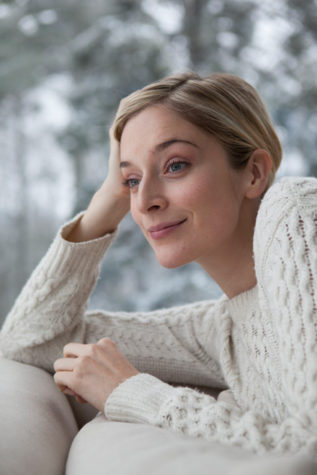 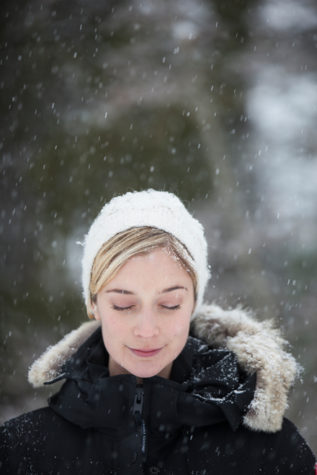 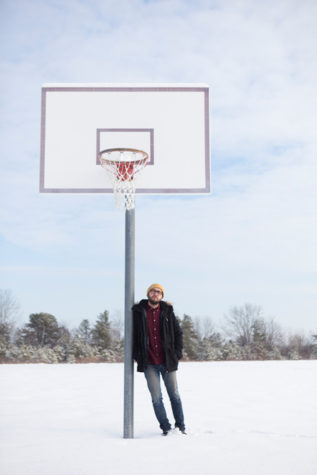 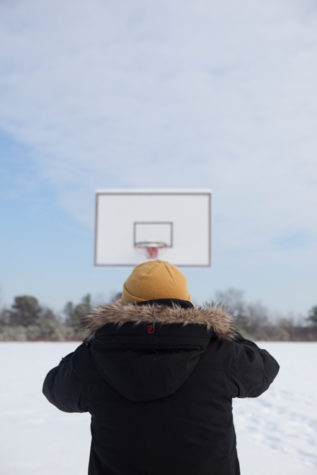 The True Independents: A new wave of young filmmakers in Maine

A new wave of young filmmakers is making acclaimed movies in Maineand they intend to make more.

Within moments, she and a gang of young men are gathered on the back of a pick-up truck, barreling through the dark Maine night on a dirt road. Caught in their headlights, a moose gallops away at top speed.

“It was the biggest adrenaline rush of the shoot,” recalls Bangor native Aron Gaudet, who co-directed the scene for his Maine-set coming-of-age movie Beneath the Harvest Sky.

Gaudet and his wife and co-creator Gita Pullapilly, who met in the Midwest and moved to Bangor, could have simulated that “moose safari” in Canada or Upstate New York or even Michigan. But like a growing number of emerging Maine-raised filmmakers, they were committed to making the movie here. “We’re all about authenticity and reality, so we had to shoot it in Maine,” says the buoyant Pullapilly—even if it meant working on a shoestring budget and paying their crew in Chinese food. “Thank God,” adds Gaudet, “we had our music composer Dustin Hamman there the whole time to sing around the campfire at night.”

But it’s that communal and renegade spirit that defines much of the state’s film industry. When Gaudet and Pullapilly couldn’t afford to bring in a special camera rig for shooting inside vehicles, like the moose scene, they solicited help from the Van Buren LaJoie family farmers, who had helped them research the project from the beginning. Gil LaJoie was only happy to help, welding together a special platform from old high school bleachers and scrap metal. (“Our crew said it was better than what you could buy,” says Gaudet.)

“It was like, ‘We’re going to make a movie, no matter what,’” explains Pullapilly. “And it’s not the typical way of throwing a bunch of money at it; we’re going to find a creative way of trying to achieve it.”

And they did. Beneath the Harvest Sky premiered at the prestigious Toronto International Film Festival in 2013 to rave reviews (“heartbreakingly authentic,” “vividly realized”); shortly thereafter, Gaudet and Pullapilly signed with a big Hollywood agency. As they anticipate the release of the film this spring, they continue to push forward on other Maine-based projects, including one set at French’s Point in Stockton Springs, where the duo were married in 2009.

“We’ve really seen an explosion of work by Maine filmmakers over the past five years,” says Ben Fowlie, the energetic young founder and executive director of the Camden International Film Festival, which has come to epitomize the state’s burgeoning film scene.

Founded in 2005 to celebrate New England’s thriving documentary industry, the Camden festival has grown into a major event on the film business’s calendar, pulling in powerful executives from New York, providing a showcase for both international and local work (Beneath the Harvest Sky had a secret screening there last year) and hosting memorable parties. For example, the 2013 edition transformed Rockland’s abandoned Bicknell Factory Building into a multi-media art space, with live music, a video installation involving an actual rowboat, plenty of hors d’oeuvre and drinks, and an eclectic mix of attendees, from bearded flannel-wearing filmmakers to black-clad business-people fromthe Coasts.

“I’d like to think we provide filmmakers who live and work and tell stories in Maine a connection to the greater industry and filmmaking communities in Los Angeles, New York and Toronto,” says Fowlie. “It’s really providing a space for people to come together.”

CIFF’s slogan—“small towns, big films”—could extend to the state, as well. While major studio productions are scarce (a recent TV pilot developed by J.J Abrams called “Maine” was never picked up by the networks), a number of high-profile talents with Maine connections are making bigger waves in the industry:  Milbridge-born actress Katie Aselton, who appears on TV’s The League, directed the 2012 Downeast-based horror film Black Rock, while Bowdoinham filmmaker and successful fashion photographer Carter Smith wrote his latest film Jamie Marks is Deadduring stints at his second home on Bailey Island. And many others are following in their footsteps.

Lance Edmands, a Kennebunk native, also turned to Maine to make his auspicious feature film, Bluebird, which was developed at the Sundance Institute and chronicles the effects of a tragedy on a northern mill town. While some investors balked at Edmands for wanting to shoot in Maine—because it lacks the tax incentives that lure film productions elsewhere—he didn’t back down. “It was never a question for me,” he says. “Growing up here and being inspired by this place, that’s where my stories started.”

Likewise, Camden-born Caitlin FitzGerald, who stars in the acclaimed Showtime series Masters of Sex, always dreamed of making a movie in Maine. “I’m reluctant to be overly poetic, but there’s something about Maine that is so untouched and authentic,” she says.

After acting gigs in Hollywood (It’s Complicated) and TV (Gossip Girl), the captivating rising star played the female lead in Edward Burns’s scrappy no-budget Manhattan romance, Newlyweds, and felt that if Burns could do it, so could she. “I thought, ‘We’ll just go up to Maine and stay at my parents’ house and make a movie,’” she says.

FitzGerald teamed up with theater director and producer Caroline Von Kuhn to co-write and direct the film, which became Like the Water, a sensitive story about a young woman who returns to midcoast Maine to deliver a eulogy for her friend.

“First I said no,” says Von Kuhn, whose day job is managing director of CIFF.  “But we finally agreed that we would teach ourselves filmmaking and do a short film. But it quickly evolved into a feature.”

What FitzGerald and Von Kuhn lacked in experience, they more than made up for in talent, pluck, and good luck. When they needed to shoot a scene at a bar, for example, Christopher Cousins, the big-hearted owner of Camden’s Cuzzy’s Restaurant, not only gave them the use of his local hangout for three nights, but also worked as an extra, took the crew on boat rides, and let them shoot in his house on Lake Megunticook. “If it weren’t for him,” admits FitzGerald, “we wouldn’t have made the movie.”

Caitlin FitzGerald in her Camden home

“Everyone opened up their homes,” adds Von Kuhn. “They’d say, ‘Oh, you need a ladder?’ And if they didn’t have one, they’d say, ‘Take my neighbor’s.’”

That same intrepid DIY energy compelled Farmington native Desi Van Till and her husband, director Sean Mewshaw, to leave Los Angeles and return to Maine to make their first feature film.  After directing a successful short called Last Night, starring Frances McDormand, Mewshaw recalls, “I came to the point where I was like, I know how to edit and shoot—who needs anybody else, we can do it ourselves.”

So the couple moved to Portland and began developing Van Till’s script Tumbledown, a romantic dramatic comedy about a woman who returns to her rural Maine hometown. While the project suffered delays—stars, such as Rose Byrne, came and went; locations changed, despite their best efforts to keep it in Farmington, from Vancouver to Upstate New York—Van Till and Mewshaw stayed put, had a baby, got a dog, and became more ensconced in Maine’s artistic community.

While Van Till worked on a script she sold to Warner Bros in a rented one-room office on Longfellow Square, Mewshaw directed a number of plays at Space Gallery, including button-pushing productions of Killer Joe and Gruesome Playground Injuries. “It was inspiring,” he says. “We could spend two months putting on a play, and really get into it with the actors, who may not be professionals, but they’re all so into it. That’s the thing,” he adds, “the energy here of people who want to be in it and want to experience it, that’s invigorating.”

Despite the creative freedoms that Mewshaw has enjoyed in Portland, however, he and Van Till worry it will be difficult to stay in Maine if their careers take off. One friend in the film business told them they needed to come out to Hollywood at least two weeks every season to sustain a career, which isn’t so easy with a kid in school.

And, as Gaudet says, “There’s no quick way to get from Maine to Los Angeles.”

But these tenacious talents aren’t letting the traditional ways of moviemaking dictate their path. Van Till and Mewshaw, Gaudet and Pullapilly, FitzGerald and Von Kuhn, Edmands and Smith all have other film ideas they hope to shoot in Maine some day. “And now that we’ve been able to do it,” says Pullapilly, “other people in Maine with dreams of filmmaking might say, ‘I could do this, too.’”

Don’t be surprised, then, to see more moose safaris coming to a movie theater near you.