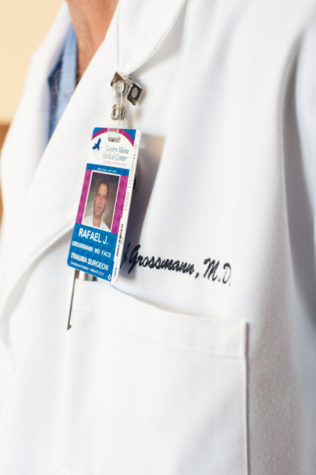 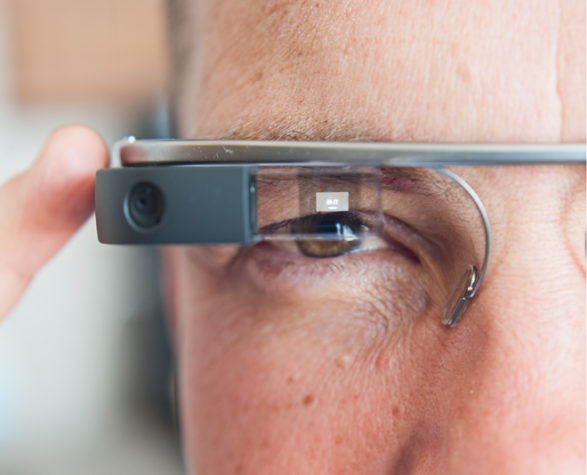 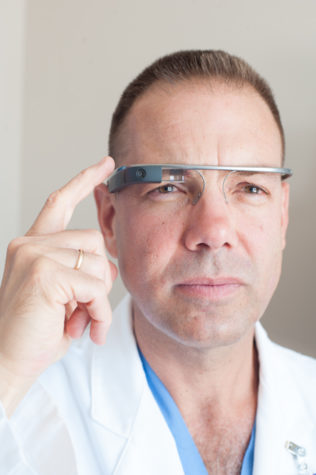 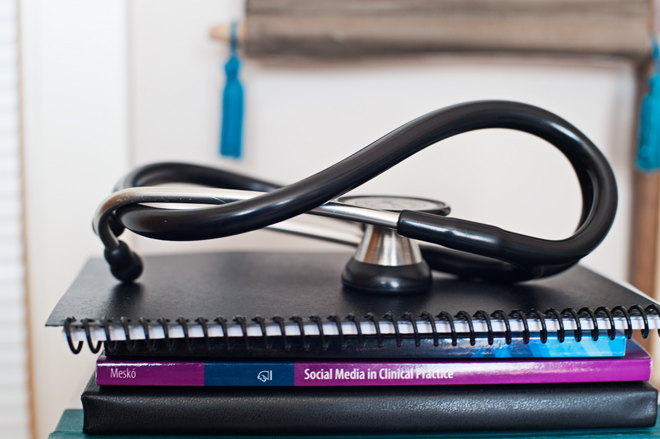 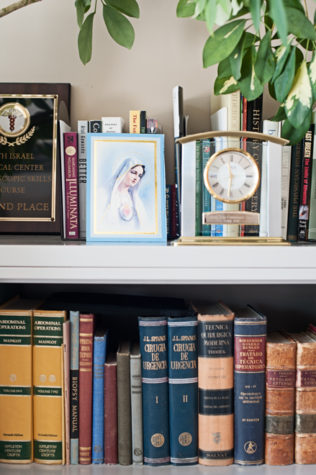 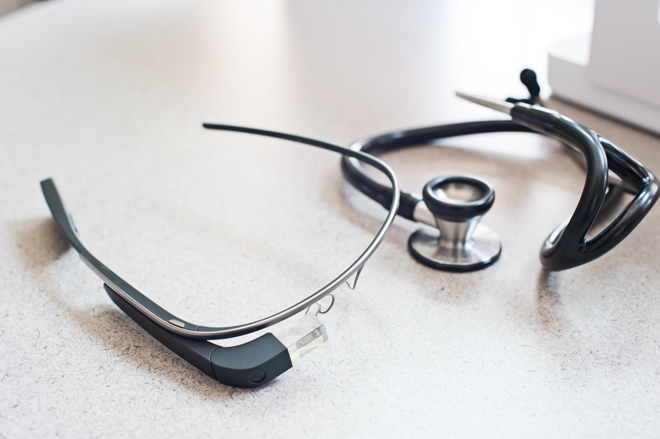 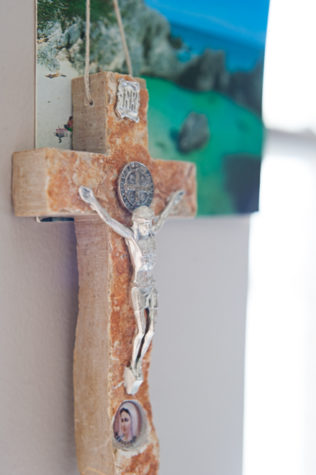 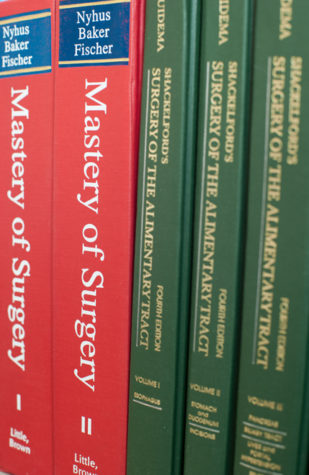 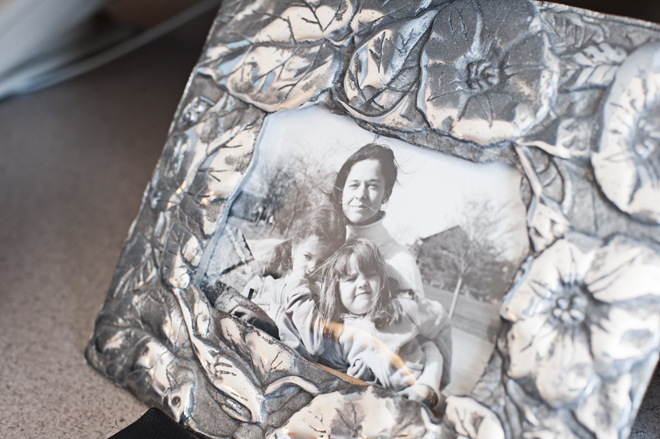 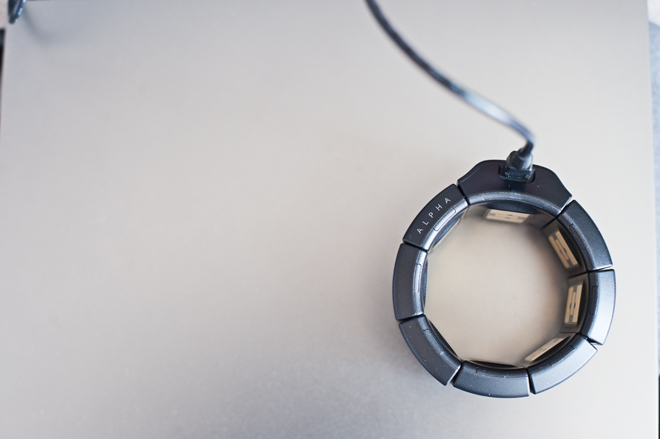 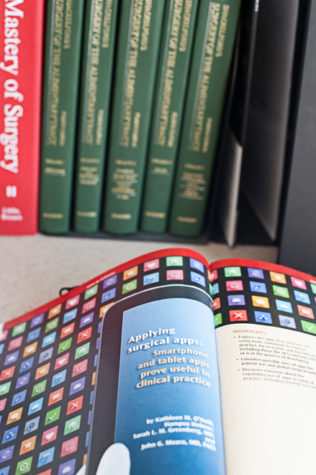 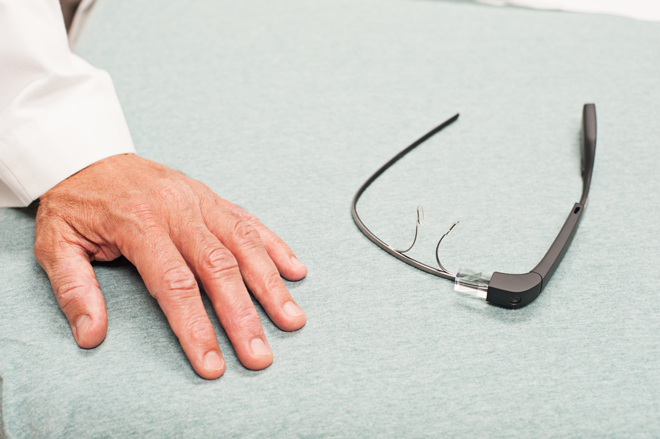 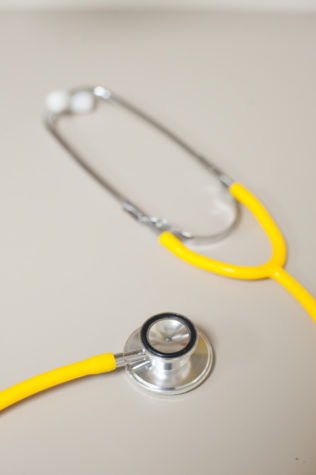 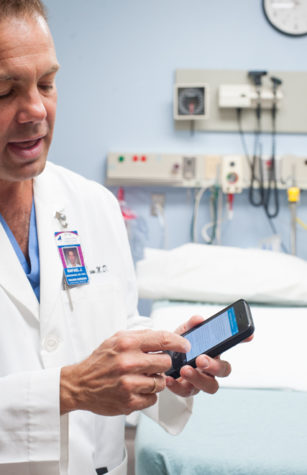 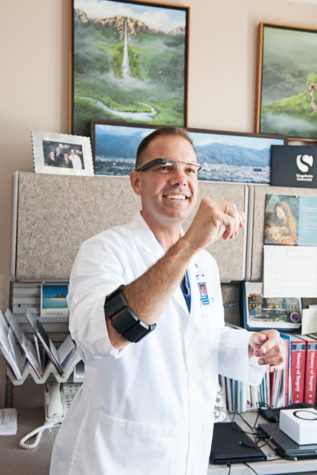 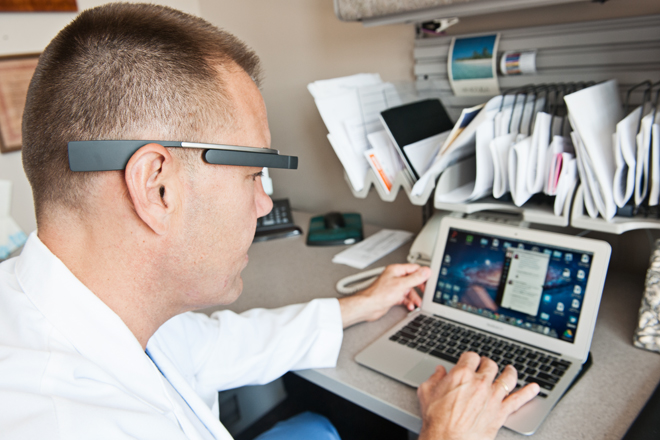 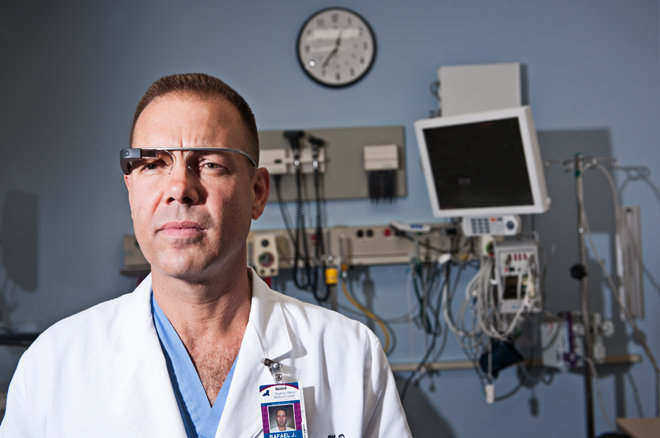 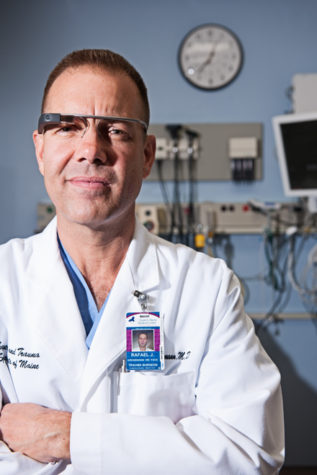 Embracing Technology for a Healthier Future

Warm and kind, cool and collected,Dr. Rafael Grossmann’s got passion on a low and steady burn. It’s the kind you can trust. It’s also the kind that gets things done. Since joining the team of general and trauma surgeons at Eastern Maine Medical Center in 2004, Grossmann has championed a model telemedicine program that helps physicians connect with patients and colleagues from all over the vast and rural state (Grossmann and his colleagues cover a territory that is larger in size than the combined area of Massachusetts, Vermont, and New Hampshire) in the amount of time it takes to pull out a smartphone. He was one of the first general surgeons who, along with other forward-thinking doctors, encouraged EMMC to invest in robotic surgery before any other hospital in Maine, and he put cutting-edge technology like Google Glass into play before anyone in the world.

Grossmann’s passion is directed toward medicine and technology in particular, but expands to life in general. He exudes happiness. He has hope for the future and is boldly shaping it for the better. Speaking with him, you get the sense that things are going to be OK. He wants to tell you about his family. He cares about people, and about making their lives better. With this kind of solid footing and an expansive, imaginative medical mind, you can’t help but wonder where he’s going— or rather, where he’s taking us.

When I meet up with Grossmann in Bangor, he’s just remotely attended a conference in Indianapolis, giving a keynote from his office—he was on call at EMMC and couldn’t make it out to the Midwest. During his time off this year, he will be speaking (in the flesh) around the world at conferences from Boston to Budapest and Paris to Cartagena about the potential for using Google Glass in health care. In his office overlooking the Penobscot River, there is a black, bracelet-like device on the top of his desk that he is eager to show me. A self-proclaimed “gadget geek,” he has become known the world over as a doctor who is interested in the cross-section of medicine and technology, and companies will often send him prototypes of products in development. Wrapping the contraption around his forearm, he explains, excitedly, about how it reads electrical impulses in the body through electrodes that are translated by means of software into important, readily accessible information that could be useful to a surgeon. “I’m sort of nerdy or geeky—I don’t know what you want to call it—but I think technology has the potential to help us do our jobs better and to help us train future physicians,” he tells me. “I’ve always been involved in technology, but it’s the smart ideas behind the use of technology that really make the difference.”

Grossmann has quite a variety of smooth, sleek devices scattered around his office, along with plants that remind him of his home country of Venezuela; photographs of his great-great grandfather, also a physician, teaching anatomy in Caracas in the early 1800s; and colorful images of South American landscapes—of the Amazon and the tepui (table-top) mountains of the Guiana High-lands. And then of course there is Google Glass, the product Grossmann has become a famous proponent of within the national and international health care community. During our conversation, Grossmann keeps his own pair—which he applied for and purchased as a “Google Glass Explorer”—close at hand. A wearable technology that allows users to access the Internet in a hands-free format using voice commands, Grossmann has been excited about the possibilities of these light- weight, space-agey “glasses” since they were introduced in 2012.

In addition to three other TEDx conferences, in November of 2013 Grossmann gave a TEDxDirigo talk about the importance of connection to data and the potential benefits of Google Glass for communicating patient information and cross-collaboration among physicians and other health care profession- als. Google Glass displays information with- in the viewer’s line of sight, allowing him or her to remain facing a patient or performing surgery, as the case may be, while accessing important facts and figures. It also allows the doctor to transmit a direct view of what he is seeing, a function that could be beneficial in an instance when a physician needs a timely opinion from a colleague, or wants to call in a consultant for a video chat.

There will be kinks to work out, of course— among other things, Grossmann is concerned about the protection of private health information and integration with the electronic medical record. But, with good reason, Grossmann sees wearable technologies as the “natural evolution of computers,” and all challenges as surmountable. Grossmann’s colleague at Eastern Maine Medical Center, registered nurse and trauma coordinator Pret Bjorn, puts it this way: “There’s a long way to go before anybody Google Glasses their way through an emergency bowel resection; but when they do—and surely, one day, they will—it’ll be because Rafael Grossmann asked, ‘Why not?’” This is not the first time Dr. Rafael Grossmann has asked “Why not?” and it will not be the last. For Grossmann, technology allows physicians to provide better health care to more people. It provides critical opportunities for connection, especially in such a rural part of the country—and in such a great, big world, where doctors can be few and far between.

In speaking about Grossmann’s involvement with the telemedicine program at EMMC, Bjorn says, “Dr. Grossmann has proven that this kind of high-tech collaboration provides safe care, helps to avoid some transfers, and reduces costs. And while most telemedicine systems around the globe still rely on dedicated, high-end, high- priced hardware, Rafael has pioneered the provision of telehealth services via everyday consumer electronics.” Now, through smart phones, surgeons on call at EMMC can provide assistance to colleagues in eighteen additional locations throughout the state. In 2005, EMMC became the first ever ACS (American College of Surgeons) verified trauma center in the state of Maine. Thanks in part to Grossmann’s urging, it was the first hospital in the state to invest in robotic technologies that allow for greater dexterity and precision in minimally invasive surgeries, resulting in less pain and quicker healing time (among other benefits); Grossmann himself was one of Maine’s first practicing robotic surgeons. He is also an advanced laparoscopic surgeon, in addition to performing robotic and nonrobotic single-incision surgery.

A regular Twitter user (@ZGJR) and proponent for using social media in the medical field, Dr. Rafael Grossmann maintains a blog (rgrosssz.com) dedicated to health care and technology. In a recent post, he writes, “As an ‘imported Mainer’ I feel that this state has so much more to offer than being a vacation paradise. This is a true land of opportunity and innovation.” Grossmann’s words ring true not just in light of the strides he’s made here over the past decade but also considering his reasons for making the move in the first place. With three young kids, Grossmann and his wife, also from Venezuela, were looking for a place that was “rural, quiet, and safe.” “The kids were our priority,” he tells me, “but it was also important for me to find a hospital where I could develop professionally.” In other words, there was room to grow here, in just about every sense.

Bangor has proven to be a wonderful place to raise a family. Perhaps not surprisingly, after “benefitting from the excellent local elementary and Catholic middle school” Grossmann and his wife decided to homeschool their younger children, creating an individualized learning track that makes use of a healthy variety of Maine’s outstanding educational, arts, and outdoor opportunities. “This wouldn’t be possible everywhere,” says Grossmann; in Maine, his family has been able to access world-class resources without prohibitive metropolitan prices. Now, his children move through the curriculum at their own pace. They take family trips to the mountains and beaches, and to hear music at Kneisel Hall in Blue Hill, Portland, and the midcoast area. Last year, Dr. Grossmann’s 15-year-old son organized the second high school TEDxYouth event in the state.

“Here, you have a balance between the high-tech stuff—we are doing that kind of cutting-edge medicine here—and the rural, natural setting. A small, close-knit kind of place, Maine has this great potential to move forward. I like to joke that I can perform a robotic surgery in the morning and be stand up paddleboarding by the afternoon,” he says. He isn’t kidding—this is the Maine reality. Unique places call for unique solutions, and this Maine doctor’s bright ideas are making waves around the world.