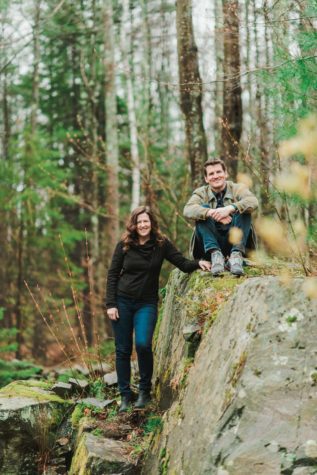 Lauren Sullivan and Adam Gardner have been to their fair share of concerts. Gardner, a vocalist and guitarist for the band Guster, has traveled the world touring. Sullivan, an environmentalist with deep roots in Maine, noticed just how widespread a musician’s influences can be. Fifteen years ago, the couple noticed the impact of tours, and the opportunity to connect with millions of fans about critical environmental and social issues. After the two learned of Bonnie Raitt’s Green Highway tour, an environmentally friendly tour focused on educating its audience, they reached out to other musicians who felt the same way. Shortly after, Sullivan and Gardner formed REVERB, a Portland nonprofit devoted to reducing the environmental impact of artists on tour, and mobilizing fans to take meaningful action for people and the planet. “Artists have a unique opportunity to demonstrate their own dedication to the environment by working with REVERB to green their tour and live out their own values,” says Gardner. Since its establishment in 2004, REVERB has made more than 250 tours environmentally friendly, supported more than 4,200 nonprofits, and helped to reduce carbon emissions by 120,000 tons. They have worked with artists such as Jack Johnson, Pink, John Mayer, Maroon 5, the Barenaked Ladies, the Dave Matthews Band, and Shawn Mendes. And in 2013, the organization partnered with Nalgene to reduce single-use plastic waste at concerts through a program called RockNRefill. Since the program began, RockNRefill has raised more than $1.8 million in support of nonprofit organizations and eliminated the use of 2.7 million single-use bottles.