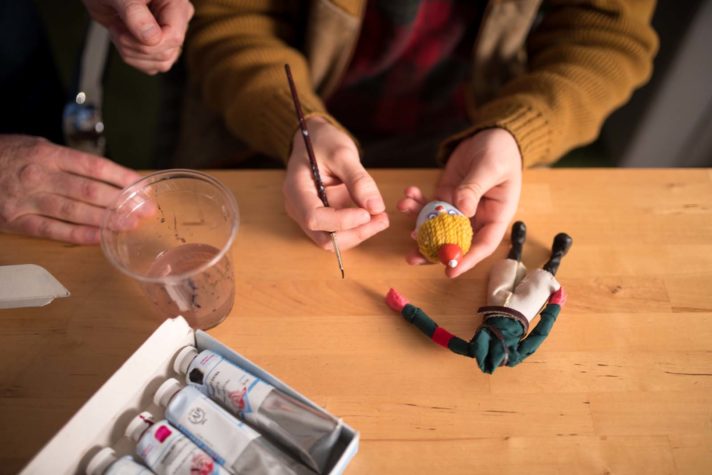 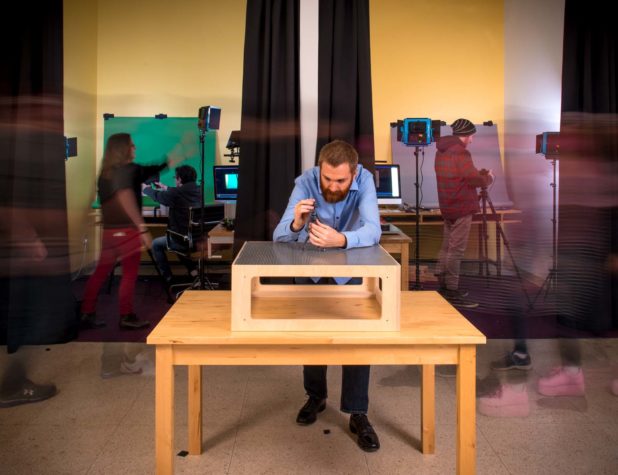 Anyone who’s views ever sat around playing video games, wishing it could be their job is in luck, according to Adam Fisher. The animation artist, who’s originally from Prospect Harbor, started teaching at the Maine College of Art (MECA) the fall of 2018 in its new animation and game art department. Before joining the college, Fisher worked on films including Coraline, The Boxtrolls, and Para Norman for Laika, a stop-motion animation studio in Hillsboro, Oregon. MECA, which has previously offered courses in animation, created the major to give students a more in-depth and thorough experience that would prepare them for careers in the field. “It was too good an opportunity to pass up,” Fisher says. “It seemed like a great opportunity to shape a program.”

Fischer discovered his love of animation when he took a computer animation class while majoring in film at Wesleyan University. “Seeing your creations come to life like that, it felt like I finally found my medium,” he says. He went on to get his master’s degree in animation from the Rochester Institute of Technology in hopes of one day teaching. While in graduate school, Fisher entered his work in film festivals, which is how he met a recruiter for Coraline. He started work on the film in 2007 and then worked his way up from production assistant to facial animator. He has since worked on seven feature films for Laika. “On one hand, it’s so exciting to bring something to life that’s been in your head, but it’s also so grueling to animate,” Fisher says. The art requires creativity as well as technical skills and an understanding of physics. “It pulls from both sides of the brain and allows me to feel like I’m using all my skills,” he says.

The wide variety of art disciplines at MECA allows students to collaborate across mediums, Fisher says. The animation and game art major offers classes focused on two- dimensional, three-dimensional, and stop-motion animation, as well as game design, digital modeling, concept art, and cinematic storytelling. Fisher says the development of the major diversifies the university’s offerings and provides strong career prospects for students. “If you want to give artists a place to make a great career, this industry is ripe for the picking right now,” Fisher says. “Animation is exploding.”