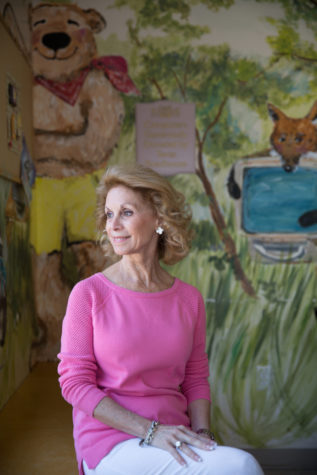 Cofounder and board chair at Camp Sunshine

Anna M. Gould founded Camp Sunshine with her husband, Lawrence, in 1984, after watching a television program about a summer camp for children with cancer. Gould says from the first pilot program they ran, she’s been in awe of how much families have to bear when they have a child with a life-threatening illness. “Their ability to endure their circumstances and come and share their lives with us at Camp Sunshine, and then in turn Camp Sunshine’s ability to bring joy and hope to families, is still something that amazes me 32 years later,” she says. Camp Sunshine, located in Casco on Sebago Lake, is the only retreat program in the world designed to serve children with life-threatening illnesses and their families. The camp’s mission is to provide families, who stay at the retreat free of charge, with respite, recreation, and support. Since its founding, the camp has served about 49,000 family members. Gould says the commitment of the volunteers who help run the camp has astounded her since they first began the program. “No matter how much we have grown, they too have continued to grow,” she says of the volunteers. “I have learned that giving of oneself is in fact the best gift, as the return is immeasurable.”