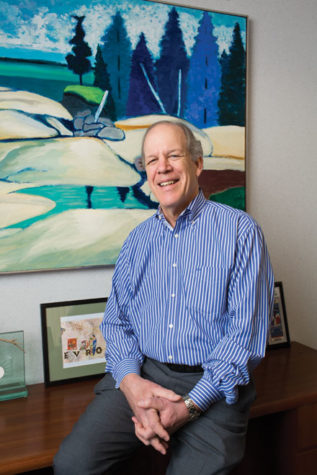 Bill Williamson is Maine state president and senior client manager of global commercial banking at Bank of America. While Bank of America is a national company, the Maine branch is getting involved at the community level, and as a Maine native and someone with a genuine love of the state’s culture, Williamson is fully behind that effort. In 2014 the bank and its Maine associates provided over $800,000 of charitable support and 37,000 volunteer hours to nonprofits in Maine. In 2013, Williamson was the chair of United Way of Greater Portland. Williamson is currently a board member for the Alfond Scholarship Fund and he serves on the board for Educate Maine. He is also on the Maine State Chamber of Commerce and advocates for public policies that encourage an environment of economic and business growth in the state. Williamson is actively involved in finding a solution to childhood hunger in the state, and he was awarded the 2015 JoAnn Pike Humanitarian of the Year Award by the Good Shepherd Food Bank.