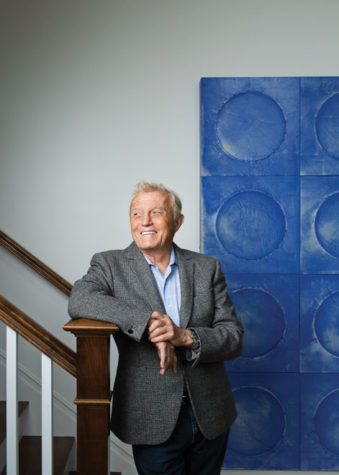 “After spending some time in Maine when I was younger, in 1991 my family and I moved to Maine believing that our lives could and would be more enriching and fulfilling,” says Dan Crewe. What Crewe didn’t realize is tha the would make Maine a more culturally rich place. In 1992 he cofounded the internationally acclaimed Gateway Mastering Studios with Bob Ludwig and made Portland, Maine, a prime destination for the music business elite. Years later, he became the president of the Bob Crewe Foundation, named for his late brother, a distinguished songwriter. The foundation’s mission is to help aspiring musicians find fulfilling careers. The Bob Crewe Foundation recently gave $3 million to the Maine College of Art to create the Bob Crewe Program for Music and Art. Crewe is currently overseeing the creation and construction of the program. In 1996, Crewe’s 11-year-old daughter, Jessie Bullens-Crewe, died from complications from fourth-stage Hodgkin’s disease. Crewe created the Jessie B-C Fund to raise funds for the Maine Children’s Cancer Program to support their efforts in childhood cancer research, psychological and social work for families, and quality care. The fund has contributed over $500,000 for the program. Crewe also created the Jessie Bullens-Crewe Nature Preserve in Cumberland—21 acres of land, which is now owned by Breakwater School and used for science and nature studies. “I have always found pleasure and satisfaction in the challenge of fixing a problem where it exists, improving upon the status quo, and making better any situation in which I can be of service,” says Crewe.