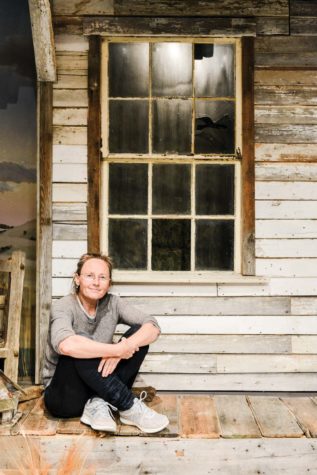 When Deirdre Nice purchased the vacant St. Lawrence Church on Munjoy Hill in 1993, she didn’t plan on eventually leading an arts organization. “At first, all I wanted to do was save this big, old, beautiful historic building from destruction and make an arts center,” Nice says. She bought the former church to save it from disrepair and then helped form the nonprofit organization that renovated the parish hall side of the building into a 100-seat theater. At the time, she was also running Silly’s Restaurant with her sister, Stefani. After they sold the restaurant, Nice was hired as executive and artistic director at St. Lawrence Arts. The organization’s ultimate goal is to rebuild the sanctuary side, which was demolished in 2008, into a 400-seat performance hall; it currently hosts a full schedule of musical, theatrical, and other performances in the smaller theater. “Art transcends all cultures, all languages, and all circumstances,” Nice says. “The importance of making performing arts accessible is what fills divides and builds bridges in a community.” Nice has dedicated herself to community and the arts beyond St. Lawrence, serving as a board member at 317 Main Community Music Center and as an advisory board member at Mayo Street Arts, and volunteering at East End Community School’s Rise and Shine and Walking School Bus programs. She also worked as a volunteer DJ at WMPG for 21 years. “Silly’s has become bigger and better since I left,” Nice says, “and I hope that St. Lawrence Arts, once the building is whole again, will do the same.”