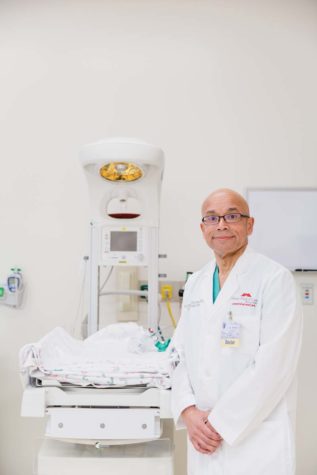 Chairman of the OB/GYN department at Maine Medical Center

Dr. Hector Tarraza leads a nationally ranked obstetrics and gynecology department at Maine Medical Center in Portland, while frequently traveling on medical missions to developing countries. He’s participated in or led over 100 medical surgical missions in the past 20 years. During the trips, which are organized through his family’s NGO, Medical Missions Work, he provides direct patient care and works with medical teams there to improve future healthcare delivery. “I consider my work in developing countries as a transformative process not only for myself but for my family, friends, our teams, partners, our country hosts, and most of all our patients,” Tarraza says. “We immerse ourselves within the community and learn from them where the gaps exist. We embrace their culture, with respect, and build on their knowledge.” He finds the poor practices of some of the operating rooms he’s seen painful to describe, but he works with the surgical teams on simple changes that can have a lasting impact. OB/GYN chief residents at Maine Medical Center have the opportunity to attend medical missions under Tarraza’s direct supervision. “They return enlightened, empowered, and confident of their skills in the absence of resources,” he says.