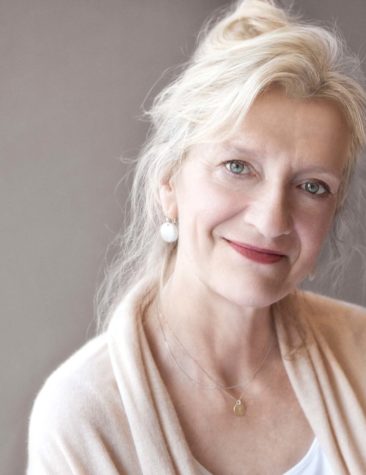 As a child who spent much of her time in Harpswell, Elizabeth Strout knew she wanted to write. She spent her days studying people and reading books, both of which prepared her be- come an author. “I don’t really have memories of wanting to be anything else,” she says. Strout, who splits her time between Maine and New York City, has written six books, including the Pulitzer Prize–winning Olive Kitteridge. The novel, like many of Strout’s books, is set in Maine. The author says she writes what she knows, and for her, that’s Maine; her family has lived in the state since 1603. “That’s an enormous ancestry from a particular kind of culture,” she says. “That has very much influenced my work.” The hardworking grit of Mainers that comes through in her characters has guided Strout herself. Before becoming a successful author, she left Maine and pursued law. The need to be a writer pulled at her, though, and she worked to realize her dream. “I always knew I could do it as long as I stuck with it,” she says. “It’s been striking that I’ve actually done it.” Strout has won a number of awards, including the Story Prize for her recent collection of stories, Anything Is Possible. The honors are important to her, but, Strout says, they don’t “really enter me.” Her Maine upbringing taught her not to draw attention to herself, so she keeps her head down. She’s currently at work on her next project: a novel set in Maine.