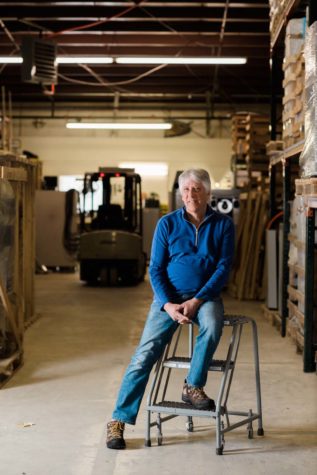 When Leslie Otten’s friend invited him on a family ski trip in 1956, a whole new world opened up for the seven-year-old. “You could say that those ski trips in the ’50s had more influence on my life than just about anything else,” he says. He fell in love with the sport, and by the age of 23, he was the manager of Sunday River ski resort. In the role, he expanded the ski area into a tourist destination and economic driver for the state. “Building Sunday River from a remote little ski hill to what it is today became the launching pad for many things in my life,” he says. After seven years as manager, Otten purchased the resort in 1980, and in 1995 he founded American Skiing Company, which operated ski resorts around Maine and the country. Growing Sunday River “was key to the growth of Bethel,” he says, and al- lowed him to pursue other ventures in the area. Along with Omar “Chip” Crothers, Otten founded Maine Adaptive Sports and Recreation, one of his proudest accomplishments. The organization helps adults and children with disabilities participate in sports. “Maine Adaptive has given opportunity to people whose lives might otherwise have been left short of what the program enabled them to accomplish both personally and professionally,” he says. Otten is also the chairman emeritus of the Cromwell Center for Disabilities Awareness, on the board of trustees of the Portland Museum of Art, and is the former vice chairman and partner of the Boston Red Sox.