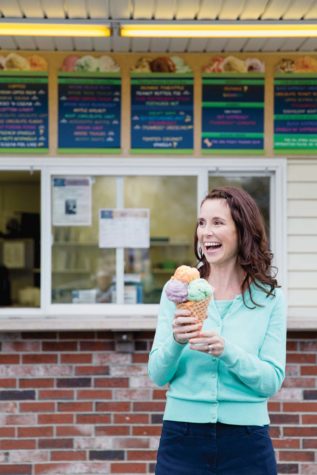 Lindsay (Gifford) Skilling, part of a fifth generation of ice cream makers, has led the family company as general manager since 2011 and now as CEO, as of this year. Gifford’s Famous Ice Cream recently completed the most significant expansion in its history, doubling production capacity at its Skowhegan factory from one million to two million quarts of ice cream per year. She says the expansion will allow the company to expand sales into new regions and hire more employees. Skilling was born and raised in Maine, leaving only for college before rejoining the family company. “When I was growing up, I always thought I wanted to live somewhere else, but when I did, I discovered that Maine and Gifford’s was where I really wanted to be,” she says. “Leaving here actually sealed the deal for me. I came home with a degree and a strong commitment to my family’s business and the state.” Skilling is a board member of the Maine-based Institute for Family-Owned Business. Besides graduating from college and working her way up to CEO, Skilling says her proudest achievement is becoming a mother to a daughter and son. “I work hard at being the best mom I can be and providing a positive role model for my daughter Ava,” she says. “I am trying to lay the groundwork for her, so she knows she can be anything she wants to be. And, of course, I want the same for her little brother Jacoby.”