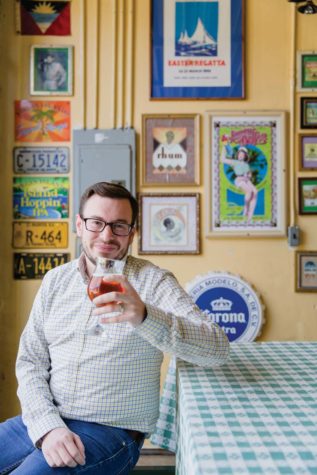 “I do what I do because, at the end of the day, I get to make and sell beer for a living,” says Luke Livingston, founder and president of Baxter Brewing Co. “And that’s a pretty special thing. I do it in Maine, not only because it’s home to one of the greatest beer cultures in the country, if not the world, but because I can’t think of a better place to live, love, learn, work, and play.” Livingston opened Baxter Brewing, the first brewery in New England to distribute all its beer in cans, in Lewiston’s Bates Mill in 2011. Baxter Brewing produced 5,000 barrels of beer in its inaugural year of production, leading Forbes Magazine to name Livingston to its “30 Under 30” list that year. Five years later, Baxter Brewing has become the third largest brewery in Maine and tenth largest in New England. Between 2013 and 2014, it underwent a $2 million expansion, increasing brewing capacity by 400 percent to meet growing demand. Environmental sustainability was Baxter Brewing’s founding principle, and Livingston says it should be a large focus at every company, especially breweries, which can be environmentally taxing. “Not only are our sustainably driven initiatives better for the world; they simply make better business sense,” he says.