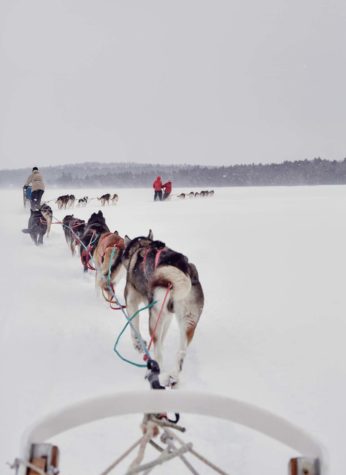 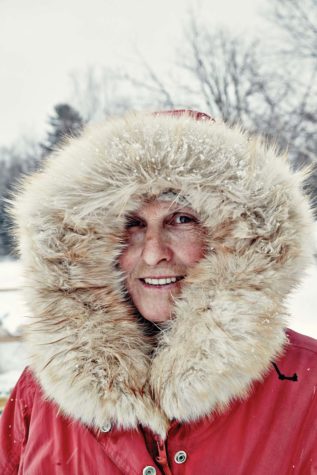 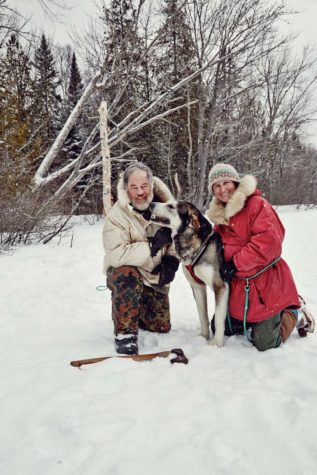 Three decades of dogsledding in the foothills of western Maine

Polly Mahoney flies over snow-covered Umbagog Lake as the wind whips the fur circling her face, her beloved Yukon huskies in front of her. The dogs let out yips and howls here and there, but their focus doesn’t stray. They have one job: to pull. As for Mahoney, her job is to ensure the guests on the sleds around her are having a good time. While she loves being outdoors with the dogs, the thrill for her comes from watching people dogsled for the first time. “I love being outdoors and meeting new people,” she says. “I love seeing what happens with people when they push their comfort zone. That feeds me and what I do.”

Mahoney and her partner, Kevin Slater, have owned Mahoosuc Guide Service in Newry for 29 years. The pair, both Master Maine Guides, take people on guided adventures, including dogsledding in the winter and canoeing the rest of the year. They met while working for Outward Bound in Newry, where they learned they had a shared dream of owning their own guide service. “We have a lot of skills we want to share with people to help them connect with nature,” Mahoney says. They also share a love of huskies: they have 34. “The dogs are our priority,” she says. “They’re working sled dogs, but they’re like our children.” The dogs, three of whom are retired, live on the Mahoosuc Guide Service farm with Mahoney and Slater.

The trips usually consist of five or six dog teams, meaning ten guests can go out at once. Mahoney says the experience is better with fewer people so guests can feel more connected to the dogs and the outdoors. The dogs are all bred and raised by Mahoney, who brought dogs with her from Alaska to Maine, and Slater, who also had his own huskies. They’ve kept the bloodlines close over the years, resulting in what they call a Yukon husky. Mahoney says the dogs love to mush because it’s in their DNA. “They’re bred for it, and they like to follow their parents and their aunts and uncles,” she says. Mahoney and Slater are also firmly set on their paths. They live for the cold and for their dogs, and as they fly behind them on wooden sleds, it’s clear they’re where they belong.