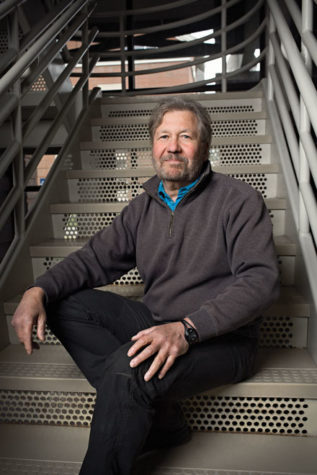 Paul Andrew Mayewski is the director of the Climate Change Institute at the University of Maine in Orono. For more than four decades, his research has involved traveling to Antarctica (55 times) and also to the Arctic, Himalayas, Tibetan Plateau, Tierra del Fuego, and the Andes with students and other scientists to research ice loss and to document changes in atmospheric chemistry produced naturally and by humans. Mayewski’s life research is about understanding why and how the climate is changing so that society can be prepared for adaptation and sustainability. He has received numerous awards for his research, including the inaugural International Medal for Excellence in Antarctic Research awarded by the Scientific Committee on Antarctic Research and the International Glaciological Society Seligman Crystal. Mayewski Peak in Antarctica is named after him. He has been published in more than 350 scientific journals and two of his most popular books include The Ice Chronicles (written with Frank White) and Journey Into Climate: Adventure, Exploration, and the Unmasking of Human Innocence.