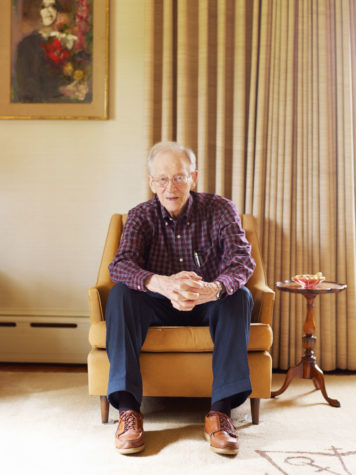 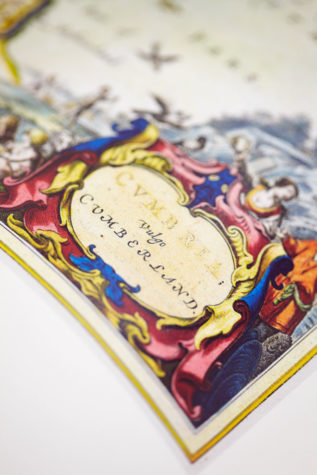 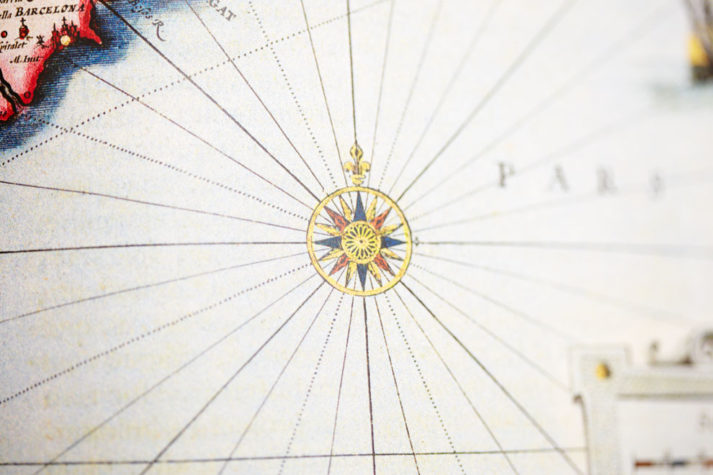 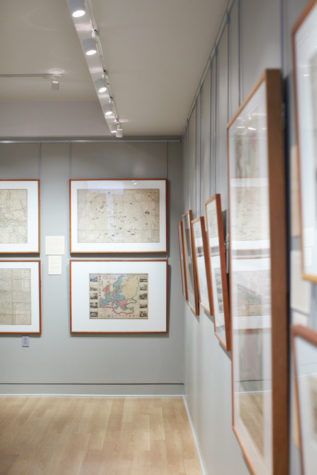 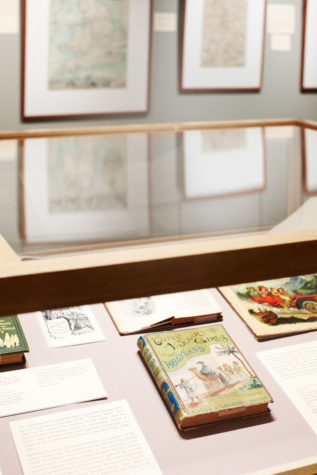 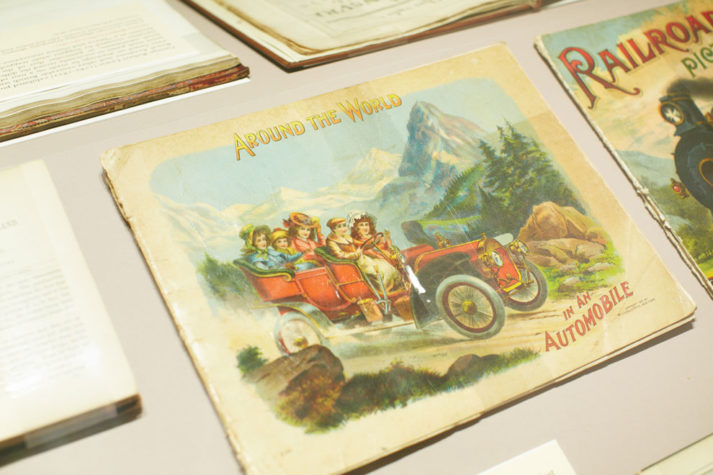 Over 20 years Harold and Peggy Osher collected more than 450 Winslow Homer graphics, which they donated to the Portland Museum of Art. 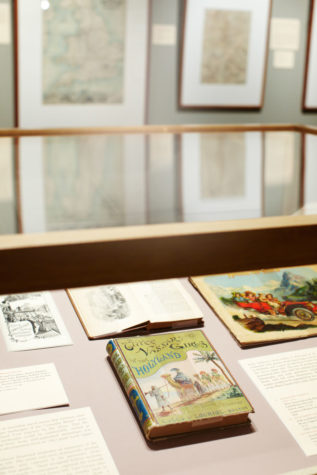 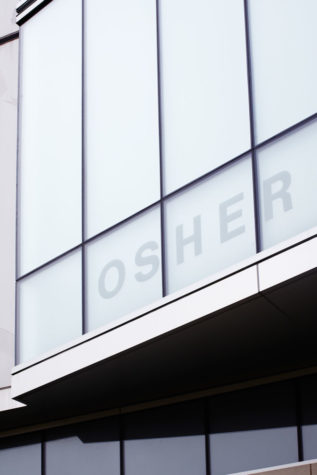 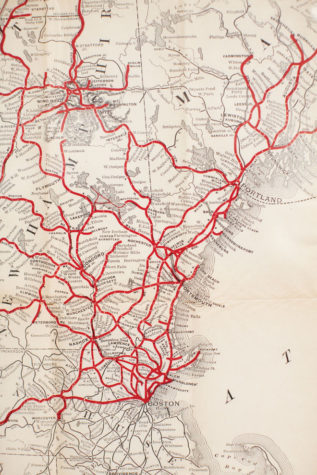 The Osher Map Library also shares its collections through exhibitions and through collaborative efforts with other cultural institutions. 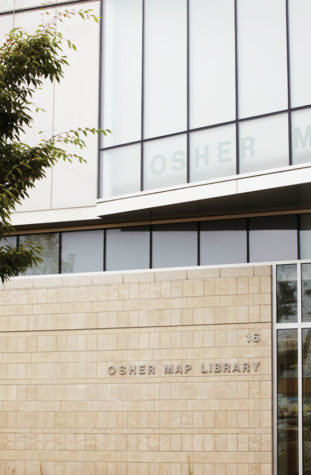 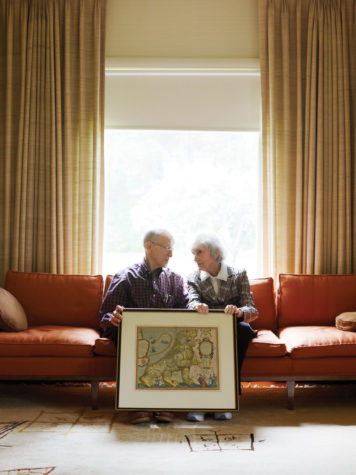 By the time Dr. Harold Osher and his wife, Peggy, made their map donation to the University of Southern Maine in 1989, they had collected about 10,000 maps, which Dr. Osher archived himself. 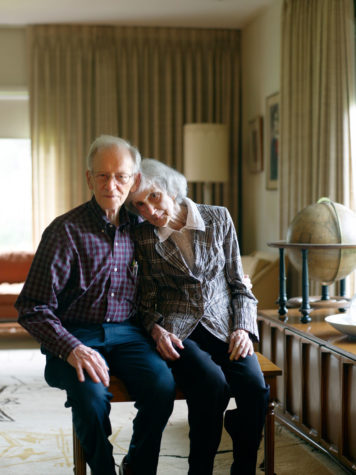 The Osher Family’s Credo: Giving Is a Way of Life.

 “In our house, our parents kept a small rectangular tin can with a slot at the top, like a piggy bank. When you came home from marketing, you would put change or folded bills in it,” says Dr. Harold Osher, the Portland cardiologist who founded the Osher Map Library at the University of Southern Maine. “Regularly, itinerant fund raisers would come to the house, and we would give them the contents of the tin can. Giving was a normal part of life.”

Harold’s parents, Leah Lazarovich Osher and Samuel Osher (formerly Osherowitz), were Lithuanian and Russian immigrants who settled in Biddeford. “They believed that if you got a good education and worked hard, you could be successful—and if you were successful, you gave back,” says Harold.

The Osher family offspring have upheld this philosophy in more far-reaching ways than their parents could ever have imagined. Leah and Samuel Osher owned a hardware business and invested in real estate. Their hard work put their five children through college and graduate school: their late eldest son, Alfred, who became an orthodontist but died in 1999; William, a physician who died in 2008; Harold, a cardiologist and philanthropist; Bernard, an investor and philanthropist; and Marion, a banker and philanthropist. Because of the family’s philanthropy, many of the leading institutions in Maine bear the Osher name, including the Osher Map Library and the Osher Lifelong Learning Institute at the University of Southern Maine. The Oshers have supported so many Maine institutions that they are too numerous to mention here (see following page for details).

Bernard and Marion have pledged, along with other billionaires such as Warren Buffett and Bill Gates, to donate most of their wealth to charity either during their lives or after their deaths.

Marion, a stock analyst, believed that the savings-and-loan industry was an unrecognized opportunity. She and her husband, Herbert,  moved to San Francisco to build a business with their financial expertise.  In 1963, the Sandlers bought the Oakland-based Golden West Savings Association with money from their family and close friends. Herbert and Marion ran their company, Golden West Financial, as its chief executives. Marion’s brother, Bernard, known as Barney, helped manage the company. Over the next 43 years, Golden West Financial, which became the parent company of World Savings and other financial concerns, grew to be the second-largest savings and loan in the country. In 2006, the Sandlers sold Golden West Financial, which by then had $125 billion in assets and 11,600 employees, to Wachovia for $24.3 billion. Bernard was a founding director of World Savings and the owner of Butterfield and Butterfield, a large art auction house that he sold to eBay in 1999.

Harold says that his brother directs a substantial amount of his giving to Maine. The Bernard Osher Foundation gave away $100 million in 2008, and giving to Maine educational institutions is a priority. “I know what a big difference higher education makes in a person’s life—enhancing career choices, earning power and self-esteem—and I would like to help as many people as possible to have that chance,” Bernard says. “Maine provided my parents with an opportunity to both work hard and profit from their labors. I have always felt that it was important to contribute to the state that gave my family a solid footing in America.”

Bernard also established the Osher Lifelong Learning Institute, which has its national headquarters at the University of Southern Maine in Portland. The adult-education program has been so successful that Bernard has funded similar institutes at 120 colleges across the country.

Marion and Herbert’s foundation, which they endowed with $1.4 billion, supports basic science, pulmonary medicine, and activities related to public policy and investigative journalism. During his lifetime, Alfred Osher and his wife, Suzi, were benefactors of YMCAs, synagogues, and medical centers in Biddeford and Portland. The late William Osher, a physician, supported a number of charitable causes in his home city of Houston, Texas, in addition to synagogues in Biddeford and Portland.

Harold is the only one of the three living siblings who lives in Maine full-time. Although Harold still attends cardiology conferences at the Maine Medical Center, an institution he has been affiliated with since 1953, he devotes most of his time and energy to the Osher Map Library, which he and his wife, Peggy, opened in 1994.

Harold had been interested in maps since he was a child. “Maps are universal cultural documents,” says Harold, describing the reason for his lifelong passion. “It’s obvious they’re historical documents, and they encompass every area of human activity: geography, art, science, navigation, politics, warfare, dogma, astronomy, astrology, and many other areas. They give you a window on history.”

When the Oshers heard that Eleanor Houston Smith, widow of Lawrence M. C. Smith of Philadelphia and Wolfe’s Neck, planned to donate her extensive map collection to the University of Southern Maine, they asked her if she was interested in joining forces. By this time, the Oshers had collected about 10,000 maps, all of which Harold cataloged himself.

Eleanor Smith was delighted with the Oshers’ plan: the collections would be housed in Portland, in facilities that would include a gallery for exhibitions, programs, and lectures. The donors also stipulated that the maps not only be used for teaching at the university and in educational outreach programs for public schools but be made accessible to the general public. The Osher Map Library and Smith Center for Cartographic Education now include an impressive collection of 300,000 maps, including historical charts, atlases, globes, books, and scientific instruments that date from 1475 to the present. In accordance with Harold’s original vision, several academic departments in the university regularly use the collection. “We had expected that the departments of history, geography, and anthropology would use the library,” he says, “but in the course of a year, 15 or more departments use it, including English, French, music, and philosophy.”

Lifelong Mainers, Harold and Peggy also support another beloved institution: the Portland Museum of Art. “It’s Peggy’s home away from home,” says Harold. “She has been on its board for over 40 years.” In the early 1990s, the Oshers donated their collection of Winslow Homer graphics to the museum.

Having donated their collection “really gives us a lot of satisfaction,” says Harold. “We had a good idea and we saw a need. We spent a lot of time, effort, and money to create the collection and it has been successful.”

All of the Oshers derive their own personal satisfaction from their philanthropic work. Bernard receives numerous letters from the recipients of college scholarships he has provided. “Reading letters from students we have assisted is the high point of each day,” he says. “I’m always impressed by the fact that a relatively small sum of money can make such a profound difference in people’s lives.”

Harold agrees: sharing their good fortune is tremendously satisfying and rewarding. “My parents talked about this being the land of opportunity—that you could be successful here if you worked hard,” he says. “They taught us by example how to give back. It works. And you get more than you give.”

The Bernard Osher Foundation has supported the following institutions in Maine:

Osher Lifelong Learning Institute at the University of Southern Maine

University of Maine School of Law