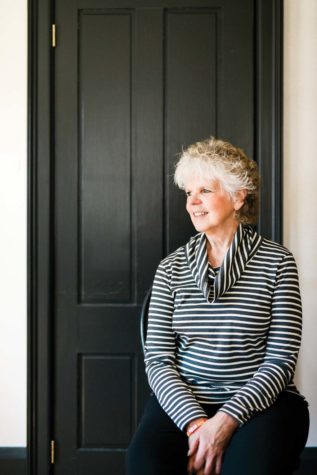 Over her lifetime, Ann Lee Hussey has immunized tens of thousands of children all over the world against the poliovirus. In 1955 at the age of 17 months, Hussey contracted the poliovirus while growing up in South Berwick. During her childhood, a woman who read about her illness in the newspaper began sending her gifts and letters, and her mother massaged and exercised her legs for three hours every night; both women inspired her toward a life of advocacy and service. Although she recovered her ability to walk, she knew that “as long as polio still exists anywhere in the world, all children, even here in Maine, remain at risk.” She began working with Rotary International in2001, through which she promoted a hands-on approach to eradicating polio, traveling and creating relationships that spanned the globe. The World Bank recognized Hussey this year as aWoman of Action, and in 2013 President Obama recognized her as a White House Champion of Change. Expanding her advocacy to include social and economic welfare, she has helped to develop a small village in Nigeria, fundraising to construct a school, two wells, and a toilet block, along with infrastructure that provides access to commerce and health services. “I am proud that I am able to share my story and inspire others,” Hussey says.