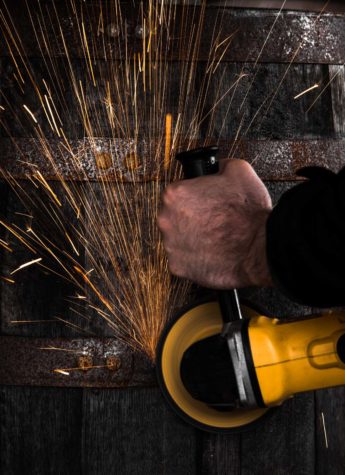 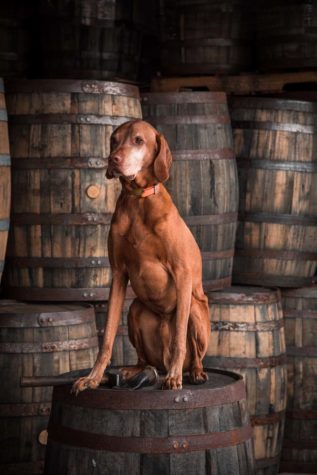 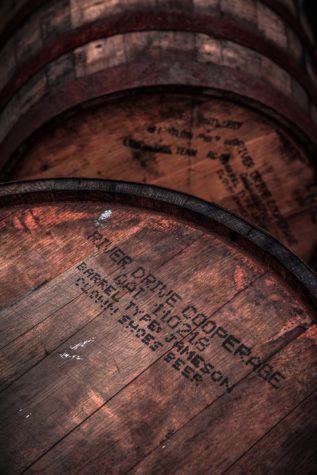 River Drive Cooperage and Millwork in Buxton provides a second life for barrels, delivering them to breweries and distilleries around the world

On the edge of the woods off Route 202 in Buxton, Matt Albrecht is coordinating container shipments to Australia and importing truckloads of used whiskey barrels from Tennessee. The Connecticut transplant came to Maine when he was 15 with a dream of becoming a firefighter and paramedic like his father and grandfather before him. While working as a Scarborough firefighter, however, Albrecht stumbled upon a hobby that would quickly grow into a global business. Eleven years later, Albrecht is the founding owner of River Drive Cooperage and Millwork, a company of ten employees that specializes in the reconditioning, repairing, and recycling of oak barrels.

The story of how River Drive came to be is “a bit long, convoluted, and weird,” Albrecht says. It evolved from his love of history, wood-working, and whiskey—and a bit of not being able to say no. Albrecht founded River Drive after he began to dive for sunken logs to repurpose as hardwood flooring and almost anything else a customer could dream up. After a trip to Ireland with some friends, he began to source old whiskey barrels for repurposing. But in 2011 there was a shortage of used whiskey barrels in the United States, he says, “and I’m sitting here, cutting them up and making stuff out of them.” Some breweries and distilleries age their beer and spirits in old whiskey barrels, so Albrecht started offering the barrels to breweries and distilleries first and only made them into other products when they were damaged beyond repair. Soon, River Drive began to import barrels from breweries, distilleries, and wineries around the world, repairing them when needed, and reselling them to other makers, working with everyone from home brewers to small-batch breweries like Bissell Brothers and Lone Pine Brewing Company to global companies like Jack Daniels and Anheuser-Busch.

Albrecht’s accidental empire largely operates behind the scenes. His name may not appear on liquor store shelves, but he works with many of the companies that do. In any given year, he is importing, exporting, reconditioning, and recycling 15,000 barrels. His biggest goal is to extend the life of a barrel for as long as possible. In doing so, he’s developed and patented a number of processes and equipment that help his customers. In one process, Fiber Infusion Technology, Albrecht and his team infuse wood fibers with an alcohol of choice, giving endless options to brewers looking to barrel-age their beer. For Albrecht, it’s just another innovation in the millennia-old tradition of using wooden barrels.