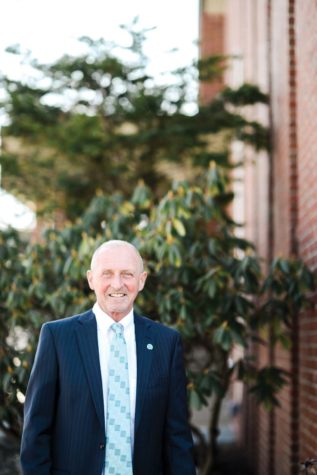 “Maine is a place where things get done,” says Edward Miller. During a work-study job at the Harvard School of Public Health, Miller, who served as CEO of the American Lung Association in Maine between 1986 and 2007,found a love for public health policy that would define the course of his life. In the 1970s he penned one of the first professional articles that demonstrated the positive health impact of an excise tax on cigarettes, and he has worked on nearly all of the smoke-free legislation in Maine since 1980. Between 1996 and 2006, he worked collaboratively on a program that reduced the youth smoking rate inMaine by over 60 percent. Of the reduction in smoking rates, Miller says, “I feel proud to be part of the group of people who demonstrated that big changes in society can happen when people work together.” At the American Lung Association of Maine, he facilitated the growth of the annual bike Trek Across Maine to a multimillion-dollar fundraiser, the largest single fundraiser in the nation for the American Lung Association. He also helped to create the Fund for a Healthy Maine, which redistributes settlement money from the tobacco industry to health-forward initiatives within the state. Miller remembers that at one point itseemed “impossible” that smoking could be reduced so extensively across society. “It gives me hope with some of the serious issues we’re facing today, like the opioid epidemic,” he says, “that there is hope, there is an answer.”