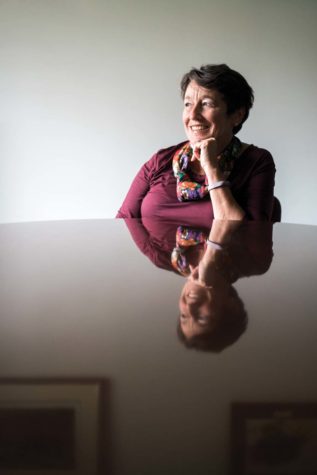 Through Angus King’s two gubernatorial campaigns, two terms as governor, United States Senate campaign, and current term in the Senate, there has been one constant: Kay Rand. Rand, a native of Ashland, managed all of King’s campaigns and has served as his chief of staff since he was first elected to the Blaine House in 1994, running as an outsider against former Democratic governor Joseph Brennan and Republican Susan Collins in a “campaign that few thought could be successful,” says Rand. “While winning that campaign was a once in a-lifetime heady event, it has been equally as special to support his style of leadership as governor and now as U.S. senator.” Rand’s entire career has revolved around public policy in Maine, first as a lobbyist for the Maine Municipal Association, representing Maine’s towns and cities. As a consultant at Bernstein Shur Government Solutions, she helped develop STRIVE U, a first-in-the-nation post-secondary education and training program for young adults with developmental disabilities. Although she now works in Washington, D.C., connecting with people from Maine is a meaningful reminder of why the work is worth doing. “Every variation of my career has furthered my respect for the elected officials who work in Maine at every level of government,” Rand says. “It has been a privilege to be a participant in a host of public policy decisions that have impacted the state in which I was born and that I have always called home.”