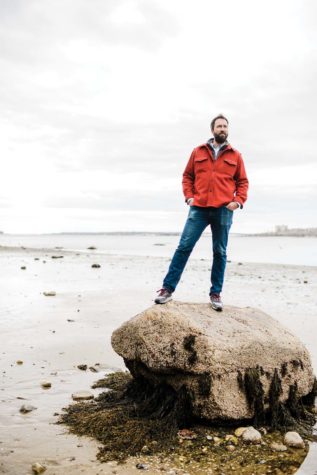 When President Barack Obama created the Katahdin Woods and Waters National Monument in August 2016, it capped off five years of work by Lucas St. Clair to conserve 87,500 acres of land in Maine’s North Woods. Before St. Clair took over his family foundation and the effort in 2011, his mother, Burt’s Bees co-founder Roxanne Quimby, had worked for more than a decade to turn tens of thousands of acres into a national park. Since the national monument designation, the region has seen a boost in visitors, real estate values, and economic activity. Even people who previously opposed the monument have defended it, saying it’s brought new energy and helped unify the region. “Rather than sitting there waiting for the next mill to open or the next big thing to come along, people are really recognizing that they need to own this,” St. Clair says, “and they’re working hard and working together, and that is something that’s really phenomenal to see.” His family foundation, Elliotsville Plantation, Inc., had been building out infrastructure in the land prior to the designation, including a 22-mile round-trip loop road around the southern portion of the monument and trails for hiking and biking. “My hope is that a lot of people come up and visit and explore and see what the interior of Maine has to offer,” St. Clair says.