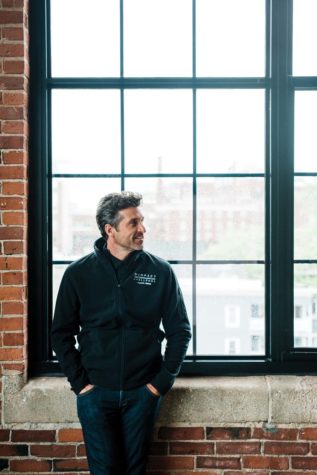 In 2007, ten years after his mother, Amanda Dempsey, was diagnosed with ovarian cancer, actor Patrick Dempsey approached Central Maine Medical Center with the idea of creating a cancer support center in his hometown of Lewiston, where his mother first received cancer treatment. Founded in 2008, the Dempsey Center provides free quality of life care to people impacted by cancer, including  cancer patients, their families, and caregivers. “That human interaction, that human touch is really important to the healing process,” he says. Every year Dempsey cycles in the Dempsey Challenge, an annual fundraising event for the center in October that includes cycling races of various distances and a 5K and 10K walk/run. Last year Dempsey, who says he’s most proud of the involvement and commitment from the community, took on an advisory role at the center. “Without question it’s the most rewarding thing I do. It really makes you appreciate what you have and want to give back,” Dempsey says. “In the world we live in right now that’s so divisive and so divided, when you have a center like this, it’s symbolic of what our community is and the wellness of our own community.”