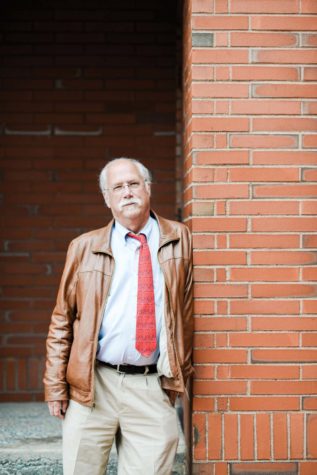 Dr. Stephen D. Sears has spent his entire career in the public health field, from his time on the faculty at Johns Hopkins School of Public Health to hospital administration at MaineGeneral Health and Mercy Hospital to serving as the state epidemiologist and now chief of staff at VA Maine Healthcare System. Sears, born and raised in Maine, did his fellowship in infectious disease at the University of Maryland and his master of public health at Johns Hopkins around the time the AIDS crisis in the United States was emerging. When he returned to Maine in 1988 to work as vice president for medical administration at Kennebec Health System, he helped craft solutions for responding to HIV/AIDS in Maine and served on the governor’s task force. Sears says public health always appealed to him because he wanted to look at the bigger picture of improving the health of communities. His infectious disease philosophy is rooted in that mindset. “You are actually able to get upstream from the disease process,” he says. “If you can prevent them, you don’t have to end up having as many people getting sick from things.” While at Kennebec Health System, Sears helped oversee a merger with Mid-Maine Health Systems to create MaineGeneral Health and MaineGeneral Medical Center in 1997. “This allowed me to put together my three professional passions: improving health system delivery, public health, and taking care of patients,” Sears says. After serving as the chief medical officer and chief quality officer at Mercy Hospital, he became the state epidemiologist. Since 2014, he has been chief of staff at VA Maine Healthcare System, where he helps improve the delivery of care to veterans.