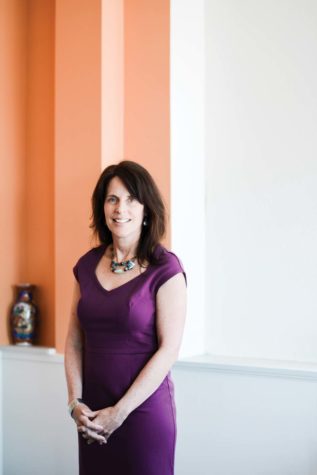 During an internship with a federal judge in Boston, Sue Roche learned about the complexity of immigrant rights issues in the United States, and discovered a cause to which she could direct her passion for human rights. “Our legal system cannot work unless everyone has access to justice,” Roche says. After finishing law school at Northeastern University, she joined the ImmigrantLegal Advocacy Project (ILAP) in  2000, which had just become a staffed organization in the same year, and she never left. Now executive director of ILAP, Roche is proud of her small staff of 12, as well as the organization’s board members and over 200 volunteers, including 150 pro bono attorneys who serve over 2,000 clients each year in Maine’s growing immigrant community. Without legal aid, individuals applying for asylum in immigration court face an 88-percent denial rate; ILAP, however, maintains a 97-percent approval rate for full representation cases reaching a final decision. In 2016, ILAP never lost a case. In the same year, it received the Holocaust and Human Rights Center of Maine’s Gerda Haas Award, which honors excellence in human rights leadership. Roche says those who endure the process of immigration bring skills and values that enrich Maine both economically and culturally, but “without legal status, it’s much more difficult to integrate into the community.” Roche notes that support in the community is growing both for ILAP and for the immigrants the organization represents. “We’re a better community when we’re more diverse,” she adds.