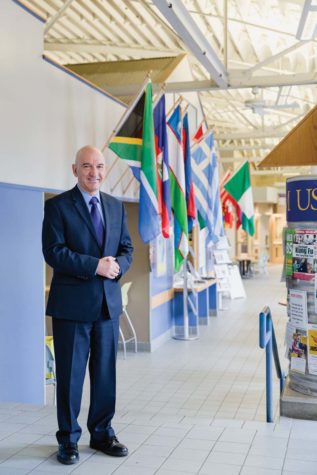 Coordinator of the Office of Multicultural Student Affairs at the University of Southern Maine, adviser to Muslim Student Association at Bowdoin College

“As a human rights and civil rights activist, I find advocating for Maine’s newest immigrants a natural role, and a calling,” says Reza Jalali, an author and the coordinator of the Office of Multicultural Student Affairs at the University of Southern Maine. “After coming to Maine, a state with a large white population, as a displaced person, I fully understand the significance of educating the public not only to get rid of false information and popular stereotypes, but to re-humanize our new neighbors, who have arrived in Maine in search of safety, security, economic opportunities, and human dignity.” Jalali, who has lived in Maine since 1985, says he serves as a cultural broker, bridging the gap between the native-born Mainers and those who have arrived in recent years. He hopes his advocacy on behalf of new Mainers will help them feel recognized for their contributions and accepted in their new life in Maine. He co-authored the 2009 book New Mainers: Portraits of Our Immigrant Neighbors, which told stories of recent immigrants. He is also the author of The Poets and the Assassin, a play about women in Iran; Moon Watchers: Shirin’s Ramadan Miracle, a children’s book; and Homesick Mosque, a collection of short stories. “New Mainers are already adding to the richness of life and the economic scene of the state,” Jalali says. “The question being asked is whether we, as a community, choose to support them to overcome some of the challenges they face, or let them fail as a group.”