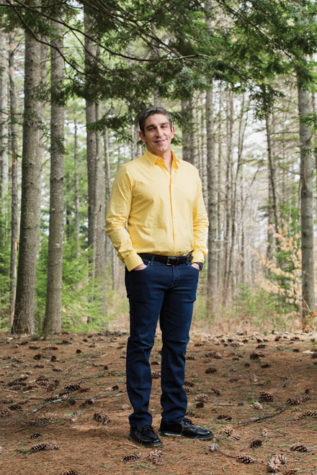 “It’s said that a poet spends his or her entire life writing one single poem,” says Richard Blanco. “Figuratively, of course, this means that a poet’s entire body of work usually circles around a single question. For me, that question is: What is home?” Home to Blanco means family, community, history, cultural identity, heritage, and much more, and writing poetry allows him to discover and define his place in the world. He asks questions and writes in Maine because the presence of nature is tremendous and unable to be ignored. “Nature, in a way, is the universal home where we all belong,” says Blanco. “Maine grounds me in the eternal and transcendent power of its natural beauty.” Blanco’s ties to Maine have brought national attention to the state as one that allows and inspires artists to create. In 2013, Blanco was asked to write and deliver a poem at President Barack Obama’s second inauguration, making him the fifth presidential inaugural poet. He wrote One Today, poem that Blanco described to NPR as “a unique snapshot of where we are as a country at that moment.” He wove in difficult tragedies that happened through the year and he zoomed out and gazed at what the United States continues to represent. Blanco also wrote a poem, Boston Strong, which he performed at the TD Boston Garden benefit concert and at a Boston Red Sox game at Fenway Park after the marathon bombings. In 2014 Blanco collaborated with Bethel’s Gould Academy to establish the Richard Blanco Visiting Writers Program and Retreat, where aspiring writers go for inspiration.