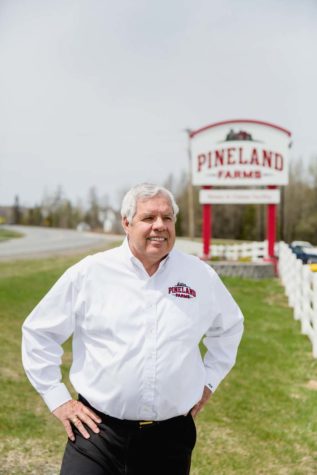 In the late 1990s Rodney McCrum, a fourth-generation potato farmer, teamed up with a group of other farmers to open a potato processing plant in Mars Hill. Now, 20 years later, the company employs 200 people and has added more than 85 jobs over the last year and a half. Pineland Farms Naturally Potatoes, which sells refrigerated mashed and cut potatoes to restaurants and retailers, has spent $25 million in the last five years upgrading its Aroostook County facility to take on more volume. Increased sales have followed, up 25 percent this year after growing by 38 percent in 2015 and 25 percent in 2014. McCrum credits the company’s growth to expanding markets for refrigerated potato products and the quality and breadth of the company’s offerings. “It’s a team effort,” he says. “You don’t get here because of one person. You get here as a team.” Pineland Farms grows some of the potatoes used, but local potato farmers supply over 90 percent. The company contracts with the farmers in the spring before they plant their crops, allowing the company and farmers to plan for the season. “That was one of the main purposes of the company: keep a market for the family farms in northern Maine,” McCrum says. “We started at ground level and today we’re a $50 million business.”