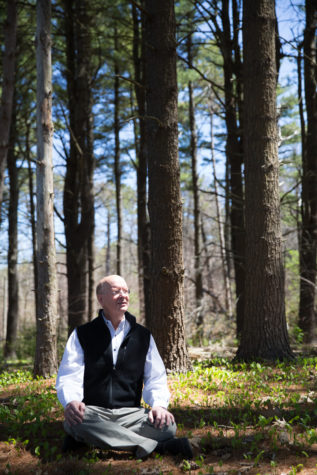 President and CEO at Baskahegan Company

“When your job is forest management, of course you have to live where the forest is, but there’s no place I would rather be than Maine,” says Roger Milliken, president and CEO at the Baskahegan Company, which owns and manages his family’s timberland, totaling 120,000 acres in eastern Maine. “I am drawn to places where people still live their connections to the natural world.” Milliken has been leading the company since 1983, a couple of years after he arrived in the area to write a book about the history of the company. He’s gone on to lead forestry conservation efforts, co- chairing campaigns by The Nature Conservancy to raise $64.5 million to protect 200,000 acres along the Saint John River and the 40,000-acre Debsconeag Lakes Wilderness Area. He served as board chairman of The Nature Conservancy from 2008 to 2011, and he is a trustee of the organization’s Maine chapter. He’s motivated by a lifelong exploration of the “right relationship” with nature. “Even as an infant, I think I bonded deeply to Maine’s natural gifts, the smell of spruce in salt air, the moist enveloping of fog, the crispness of a northwest wind,” Milliken says. “Maine is where my father’s ancestors lived, and the place where the clan has gathered for generations. Maine is my home.”