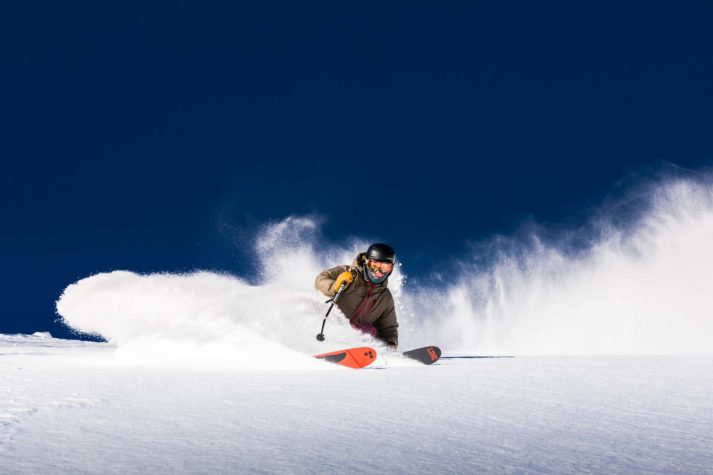 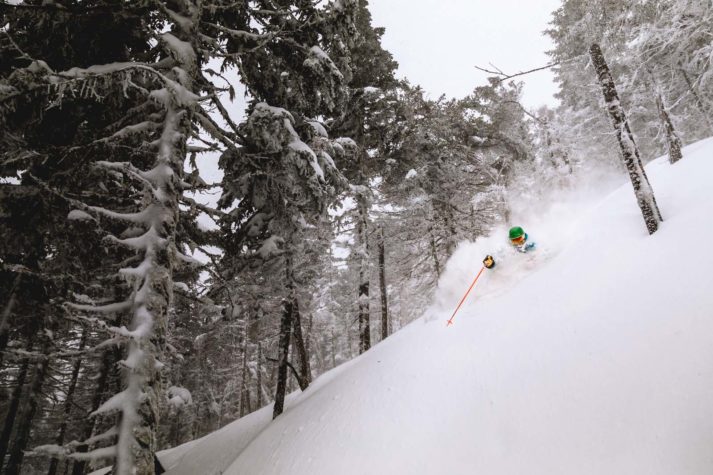 Jamie Walter is skiing alone, camera bag secured to his back, then dismounts partway down the mountain and walks along the tree line. There’s no one else around; the air has the stillness that comes after a fresh snowfall. He crouches down at the edge of the trail, removes his camera from his bag, and attaches a lens. He grabs his walkie-talkie and tells the person on the other end he’s ready. Now he waits, like a hunter stalking his prey. He hears a whoosh of skis cutting through untouched snow and steadies his chilled fingers. The skier flies toward him, and Walter focuses on the lean athlete as he clicks the shutter, over and over. The skier is in his frame for only a few seconds before disappearing down the mountain.

If Walter doesn’t get this shot, there’s no redoing it. The photos look best when the skier is headed toward untouched snow. Besides, it won’t be long before Walter’s fingers go numb and his camera batteries die from being exposed to the cold temperatures. “The hardest thing is the conditions you’re in,” he says of being a ski photographer. And, while his subjects are cooperative, they’re also moving quickly and can’t slow down for the shot. “I’m trying to do justice to them and their skills,” Walter says. Fortunately, he is a strong skier and can keep up with the professional athletes even while lugging heavy equipment with him. “I’d be skiing whether I was taking photos or not,” Walter says. “I’ve loved combining my passions like this, and I’ve been fortunate to do both.”

Walter, who lives in Northeast Harbor, got into photography in high school and found a career in shooting ski events for various media outlets. In 2013 Sugarloaf hired him as the resort’s marketing content manager and staff photographer. The job was a dream come true. “I consider Sugarloaf my second home,” he says. “You couldn’t ask for a better mountain and a better backdrop.” After three years he transitioned to freelancing full-time, but he still shoots at Sugarloaf and other mountains around the state. He also travels around the world to shoot skiers, but he always finds himself coming back home. “As a ski photographer it’s ironic that I’m not living in Colorado or Utah, but I love Maine,” Walter says. “My mission has been to do justice to the state of Maine through my images.”