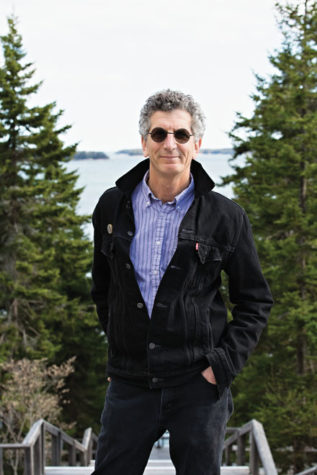 Stuart Kestenbaum has been the director of Haystack Mountain School of Crafts for 27 years. The Deer Isle-based school began in 1950 as a place to teach fine craftsmanship and carry out research and development with crafts. Today students of all levels come from around the world to develop their skills and push their art to the next level. “Haystack may be best known for its intensive summer workshops, which attract a national and international audience, but we offer many programs in Maine, and Maine—the creative and ingenious spirit of Maine—informs all of the work that we do,” says Kestenbaum. Kestenbaum is a poet and he has been greatly influenced by the Pine Tree State’s strong sense of place as well as the writers who also call Maine home. He has integrated poetry into Haystack’s curriculum. He also developed programs with other institutions, like the Media Lab at the Massachusetts Institute of Technology and the veterans-run art group the Combat Paper Project, which Kestenbaum says “expands the scope of how craft and Haystack can look at creativity.” Most recently the school has developed a digital fabrication studio, or fab lab, which is a partnership with the Center for
Bits and Atoms at MIT. Kestenbaum is currently the chair of the American Craft Council. This year will mark Kestenbaum’s last year as director, but he will continue to teach writing workshops at art schools and help nonprofit organizations develop projects.