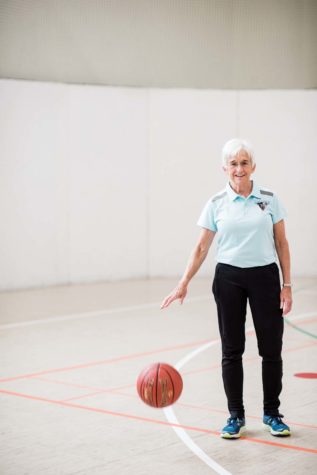 President Emerita of the University of Maine

Besides a ten-month stint as a vice chancellor for the University of Maine System, Susan J. Hunter spent her entire professional career on the University of Maine’s Orono campus. Hunter, who became the flagship university’s first woman president in 2014, retired this summer after a 30-year career that began with a part-time faculty position at UMaine’s Department of Zoology. “Day in, day out, you’re on the campus, that campus,” Hunter says. “To suddenly be absent, it may seem like a bit of an amputation for me. But time marches on.” In her time as president, the university recruited its largest incoming class, boosted out-of-state enrollment, and had record fundraising. But Hunter says she saw her role as making other people’s jobs successful. “As an administrator, the job is not about us. It’s not about me. It’s about what can we do to make the institution successful, which is really what can we do to make the faculty successful because that’s really the talent. They’re the ones teaching. They’re the ones doing the research and working with the students.” The university serves as a major research and development hub and leverages its resources to assist businesses, schools, cultural institutions, government entities, and communities. “Today more than ever, UMaine is an innovator, a partner, a resource that can help make things happen in this region, state- wide and beyond,” Hunter says. “That ability to partner to get results is particularly refreshing. I’ve said more than once: There’s no greater job than being a president of a university with this kind of mission and impact, working for the people of Maine.”