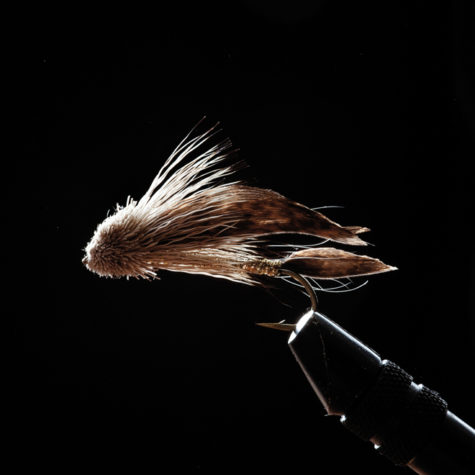 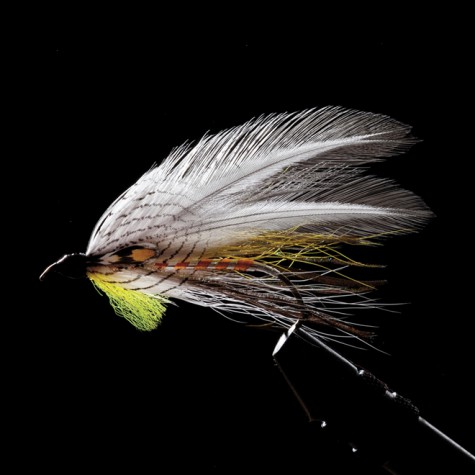 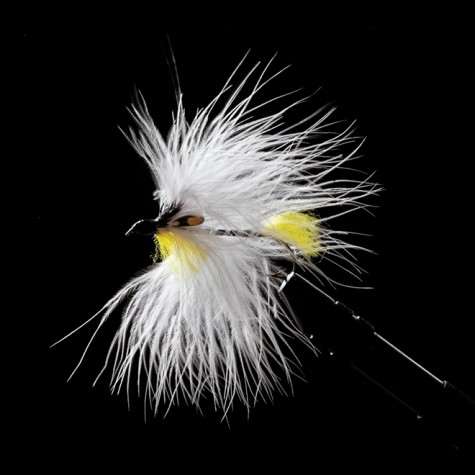 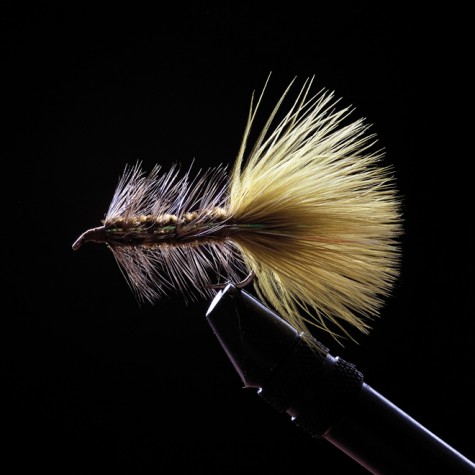 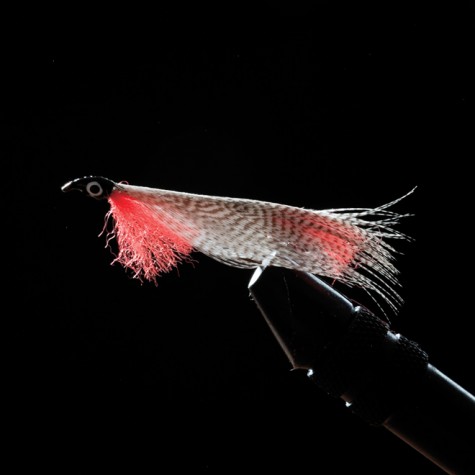 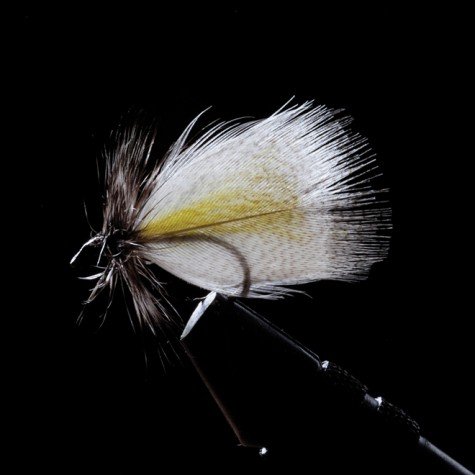 01 Hornberg
“The Hornberg is an easy fly to fish in small streams when you don’t have a lot of space—you can float it down and then twitch it back like a minnow,” says artist and fly fisherman Dan Daly. Named after its creator, Frank Hornberg, of Wisconsin, the fly is a classic pattern from the early 1900s, the so-called “Golden Age of Fly Tying.” John Albright of HMH Vises in Brunswick describes it as “an excellent all-around fly for streams and ponds.”

02 Joe’s Smelt
Joe’s Smelt was first tied by Joe Sterling of Danforth, Maine. It has since become a workhorse streamer in the New England angler’s repertoire, and, although a “lesser known pattern than the ‘ghosts,’ it’s still a tried and true Maine classic, especially for spring trolling in the northern lakes,” says guide Dan Tarkinson.

03 Woolly Bugger
Shaped to resemble a number of enticing creatures (the Dobsonfly larva in particular) the Woolly Bugger attracts a wide variety of fish, making it a great addition to any fisherman’s fly wallet. Dan Daly calls it “an impressionistic fly that can be [perceived by fish as] any number of things. It’s the closest to fishing with bait you can get with a fly rod. It’s that kind of deadly.”

04 Black Ghost
Rumor has it that Herbert “Herbie” Welch was the first to tie streamer flies, and whether the angler’s tale holds true or not, you can be sure that the Mooselookmeguntic native had a big impact on fly fishing. Welch first tied the fly in 1927, and today the streamer remains as effective as ever.

05 Grey Ghost
Mainer Carrie Stevens’s creation of the Grey Ghost is the stuff of legend. Modeled on the characteristics of a smelt, the Grey Ghost became an instant classic in 1924 when Stevens took her new fly out for the first time and hooked a 6-pound brook trout that earned her second place in Field and Stream magazine’s annual fishing competition. Since then it’s become a staple in the arsenal of local fly fishermen, in addition to being Maine’s most famous fly.

06 Muddler
The Muddler’s streamlined profile makes it a great fly for fast-moving water. Dan Daly says “everyone has a Muddler in their fly box or wallet.” First created by Don Gapen of Anoka, Minnesota, in the 1930s, the Muddler is now used by anglers around the world to catch brook trout.