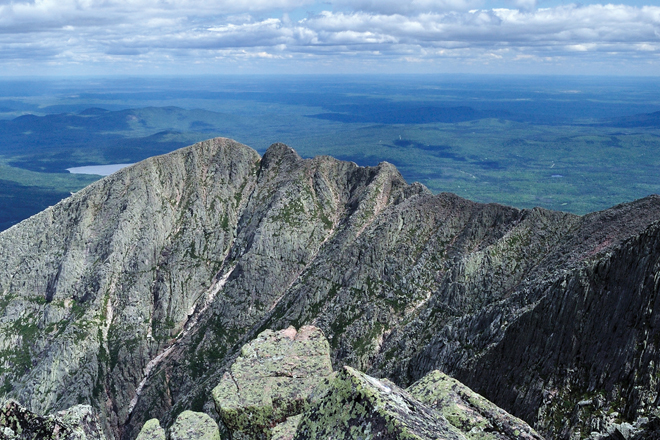 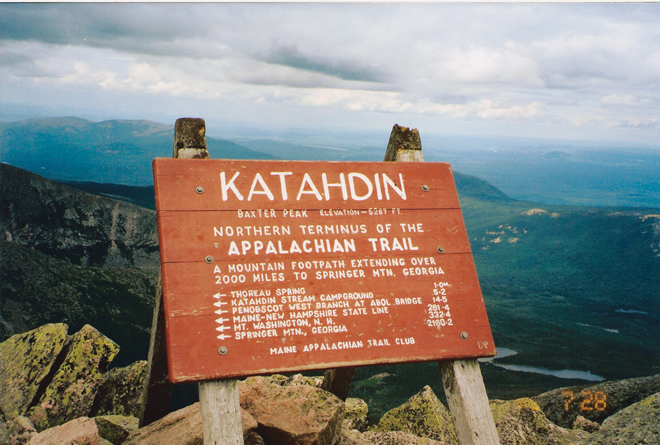 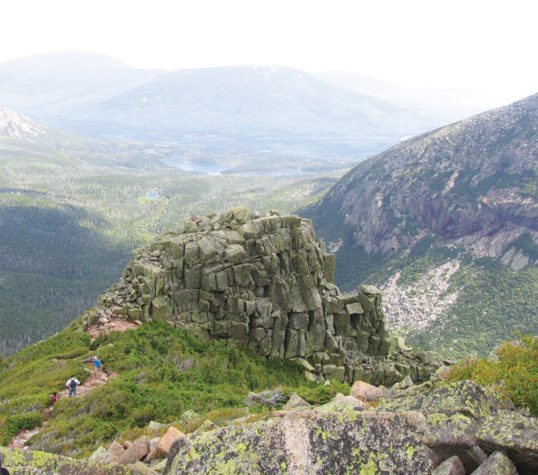 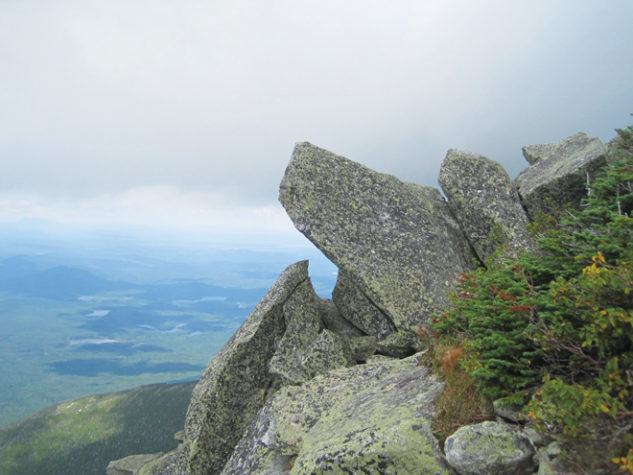 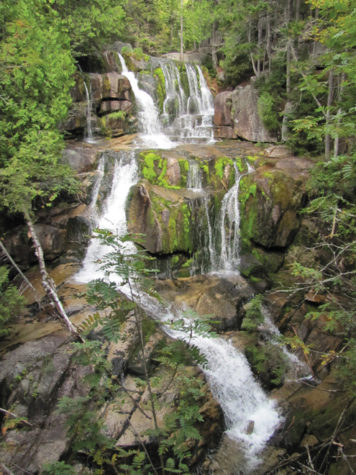 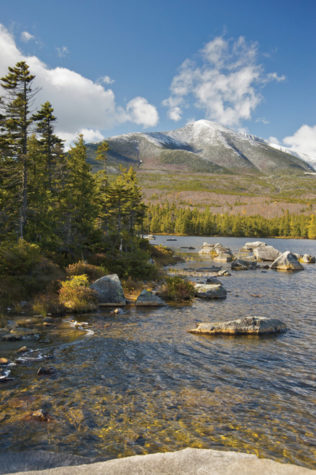 01 Sandy Stream Pond
Sandy Stream Pond offers a stunning view of the iconic granite monolith dominating the skyline: Mount Katahdin. Accessible via a relatively flat half-mile trail from Roaring Brook Campground, the pond is also one of the best places in the state to spot moose—these snacking giants keep the exceptionally clear and cold water largely free of vegetation, providing a mirrored surface to reflect the mountain above.

02 Katahdin Stream Falls via Hunt Trail
Katahdin Stream Falls is located on the Hunt Trail, a path demarcated by the white blazes signifying its membership to the venerable 2,180-mile Appalachian Trail, of which Baxter Peak is the northern terminus. From Katahdin Stream campground, follow Hunt for approximately a mile, then take the short, blue-blazed spur toward the falls, which drop some eighty feet through a narrow, strikingly verdant gorge.

03 Abol Trail
When Henry David Thoreau visited northern Maine, he described his view of “Ktaadn” from the base of the Abol Slide: “The summit…had a similarly flat, table-land appearance, like a short highway, where a demi-god might be let down to take a turn or two in an afternoon to settle his dinner.” The 3.8-mile pathway up the rockslide can be seen from many points along the West Branch of the Penobscot River.

04 Cathedral Trail
So named for the three enormous, spire-like rock features jutting out from the summit ridge, Cathedral Trail is the most direct route up the mountain. It is also among the steepest, covering the vertical half mile from Chimney Pond to the summit in just 1.6 miles of boulder-strewn trail. Because of its steepness, Cathedral provides some of the best vantages of the Great Basin cirque and the vast northern section of the park.

05 The Knife Edge
Spanning the distance between Baxter and Pamola peaks, the Knife Edge is a treacherous pathway with steep drops and a rugged granite profile. C. E. Hamlin, for whom another of Katahdin’s summits is named, wrote this about the ridge: “Bristling with oblique, projecting plates covered with black lichens, these parts present a savage and chaotic desolation that is probably without a parallel in Eastern North America.”

06 Baxter Peak
The just-shy-of-a-mile-high peak marks the highest point in Maine. Its namesake, former governor Percival Baxter, donated the land that now comprises the park to the state to be used as a wilderness preserve. A firm believer in protecting the unaltered character of Maine, Baxter wrote, “Monuments decay, buildings crumble and wealth vanishes, but Katahdin in its massive grandeur will forever remain the mountain of the people of Maine.”