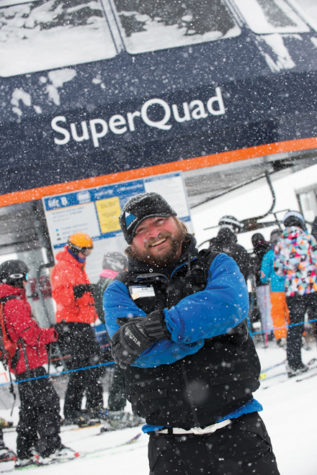 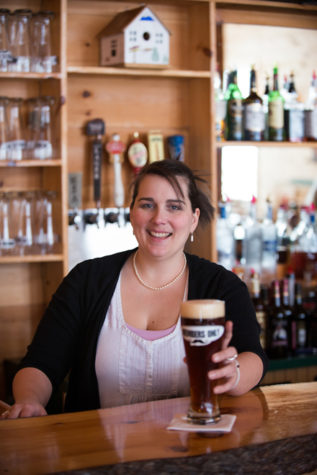 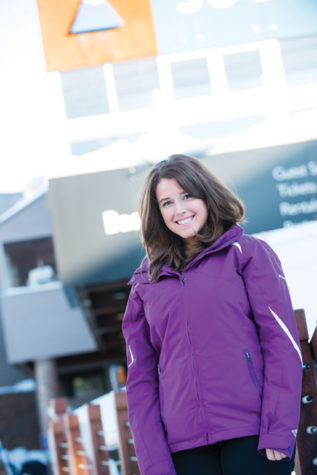 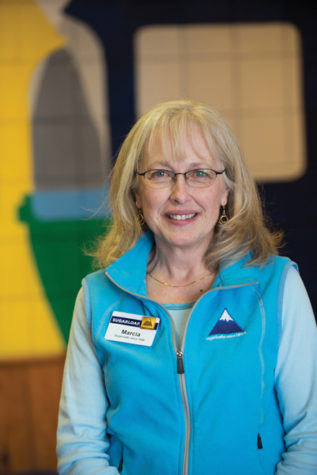 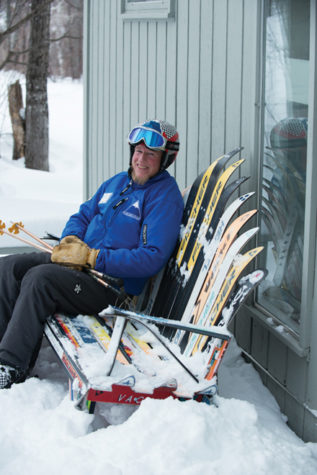 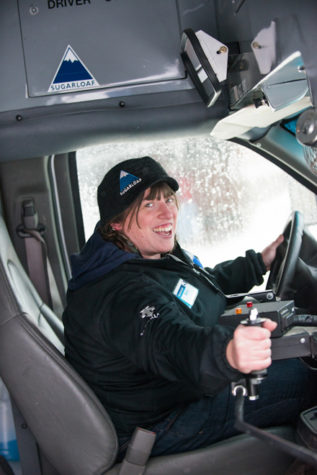 01  Eric McClure
SuperQuad Foreman
Anyone who visits Sugarloaf is bound to run into Eric. As the operator of the SuperQuad, the busiest lift on the mountain, it’s near impossible to miss his friendly face. And why would you want to? Having worked the lift for the past five years, Eric is passionate about his job, his mountain, and his brews. “I spend most of my life outdoors. I’ve never had an indoor job,” he says. The skiers, and his coworkers, have become “a little family. You get a lot of jib-jabbing going on. You fall in love with it quickly, and this becomes home.”

02  Marcia White
director of Children’s Services
In 1974, Marcia moved to Sugarloaf “for a winter,” but like many Loafers, she decided to stay. In the summer, she runs a six-week Outdoor Adventure Camp for kids, and in the winter, she can be found playing with the “Mooseketeers” at the Sugarloaf Child Care Center. “I love being silly and making them laugh,” she says. When asked about the best part of her (admittedly amazing) job, she has trouble answering—because playing with kids and skiing all winter in a “Neverland” environment has few downsides. “I love getting to know so many families from all over the world, having the kids who I took care of come back with their own children—it’s the ultimate compliment.”

03  Mike Egan
ski instructor
For the past 14 years, Mike has been teaching children and adults how to carve their way down the slopes. And it appears that snow is in his blood; Mike’s older brothers John and Dan were pioneers of extreme skiing, and though his job is a little tamer, it requires the same kind of athletic intuition. Perhaps that was what brought him to Sugarloaf in the first place. Before he moved to the mountain, he experienced “three weeks of reoccurring dreams about a ski area I had never been to. When I stepped on the grounds at Sugarloaf, I realized it was here.”

04  Katie Quinn
bartender at Bullwinkle’s
A theater kid at heart—her parents own the nearby Breakwood Theater—Katie knows how to turn on the charm. “A bar is definitely a stage,” she laughs. “I’m not your normal bartender. I’m very honest; I tell it how it is.” Referring to the bar as “her house,” Katie talks excitedly about her regulars (“it’s what makes the mountain so awesome”). Unlike any other place she’s worked, Bullwinkle’s is a real community, where customers hang out with staff and most everyone is willing to lend a hand. If you want to get on her good side, ask her about her tried and true Bloody Mary mix.

05  Meagan Gillespie
guest services
Whether you’re looking for a lift ticket, seeking a lost glove or just need some dinner recommendations, Guest Services is here to help. Frequent visitors to the mountain will know Meagan by sight, since she’s a go-to source for all customer questions and queries. A year-round resident, Meagan has a tight grip on the food, music, and restaurant scenes, and is always ready to share her intel. “My favorite part of the job is the one-on-one contact with customers,” she says. “I like to talk to them about their worlds. We get a lot of people from away, and it makes for a fun environment.”

06  Molly French
shuttle driver
After spending a few years on the west coast, Molly decided to pack up her bags and return home to Kingfield. “After living in California, I just like winter. Putting on layers, and then coming home to where it’s nice and warm,” she muses. “I love how everything looks when it’s covered in snow.” The only downside is that all that snow and ice make driving a little harder. However, Molly is quick to add that the road crew at Sugarloaf is always on hand to help navigate the slippery terrain. Even in a bad patch, a dusting of sand is never more than a phone call away.