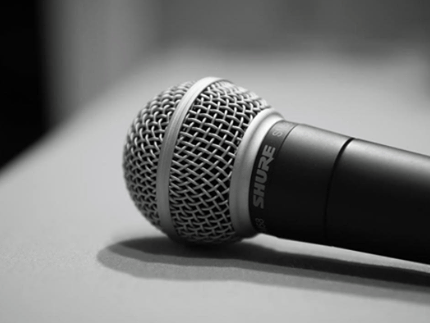 Maine is home to a rich and evolving music scene. Today we speak with two music-makers who have called Maine home for decades: Portland-based and nationally acclaimed singer, songwriter and producer, Spencer Albee, and one of Maine’s leading producers and recording engineers, Jonathan Wyman. 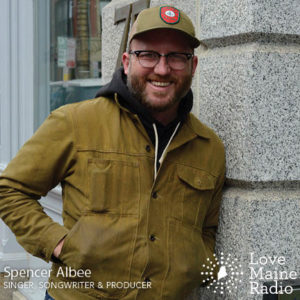 Spencer Albee is a Portland-based and nationally acclaimed singer, songwriter, and producer. Since 1995, he has toured internationally, signed multiple record and publishing deals, and worked with artists ranging from David Bowie to De La Soul. Today he can be found finishing up his 20th studio album “Relentlessly Yours,” curating events like his annual “Beatles Night,” and producing Love Maine Radio for Maine magazine. 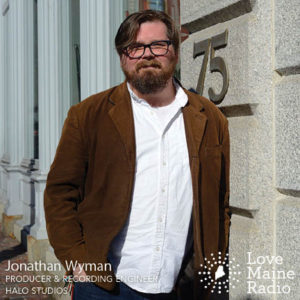 Jonathan Wyman has spent most of his adult life in recording studios and runs The Halo recording studio in Portland. At the age of 19, while on summer break from working on his B.A. in psychology from Bates College, he ventured into a studio in Allston, Massachusetts, with his band to make a record. To offset the cost, he began interning at the studio. Vacuuming and cleaning led to assisting on sessions and eventually, sessions of his own. After graduating, he continued to pursue recording, which eventually led him to New York City. In between major label pop sessions, he would steal back to New England to produce independent records. Eventually, he decided to focus on the independents and move back to Maine. Since then, he has worked in Manhattan, Brooklyn, Atlanta, and Boston. Jonathan has collaborated with artists and labels from all over the country and the world, from Northern Maine to Chennai, India. Over the years, he has amassed a collection of modern and vintage gear, instruments, and amplifiers that he can use to inspire and enable performance and capture it with a unique and artistic perspective. He’s worked alongside some extraordinarily talented engineers and producers, including Tony Visconti (David Bowie, T. Rex), Beau Hill (Ratt, Jeremiah Freed), and David “Sluggo” Katz (Gym Class Heroes, Train) and collaborated with the likes of Matt Wallace (Faith No More, Maroon 5), Randy Staub (Metallica, Alice In Chains), Brian Malouf (Michael Jackson, Pearl Jam) and, of course, Adam Ayan and Bob Ludwig of Gateway Mastering in Portland.