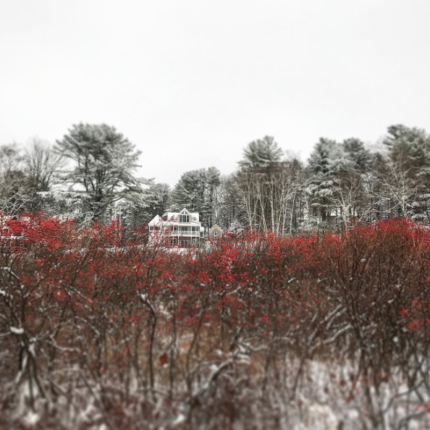 This month we inaugurate a new president of the United States, which is certain to create change in both the nation and our state. Today we speak with two attorneys who have long had a passion for politics, and have contributed greatly to our government. Harold Pachios is one of the founding partners of law firm Preti Flaherty, whose prior career in politics dates back to the Kennedy administration. Also a Preti Flaherty founding partner, Severin Beliveau directs the firm’s government affairs practice in Augusta and Washington, D.C. 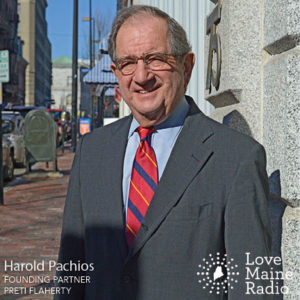 Harold Pachios is one of the founding partners of law firm Preti Flaherty. Prior to practicing law, he had a career in government and politics. He assisted Sargent Shriver, brother-in-law of President John F. Kennedy, in the early days of the Peace Corps, and later served under President Lyndon B. Johnson as associate White House press secretary. In 1993 he was nominated by President Bill Clinton to be member of the United States Commission on Public Diplomacy. He was confirmed by the U.S. Senate and served for several years as chairman of the commission, traveling to U.S. diplomatic posts throughout the world. He was later appointed by Secretary of State Colin Powell to serve on the State Department’s Special Advisory Group on the Arab and Muslim World. He is a member of the Council on Foreign Relations. He was president of the Portland Symphony Orchestra and vice chairman of the board of the American Symphony Orchestra League. He has served on the boards of several educational institutions, including the American College of Greece and the Salzburg Seminar in Salzburg, Austria. He served for nine years on the National Governing Board of Common Cause. For four years he was the Democratic State Chairman in Maine. He is a graduate of Princeton University and Georgetown University Law School. 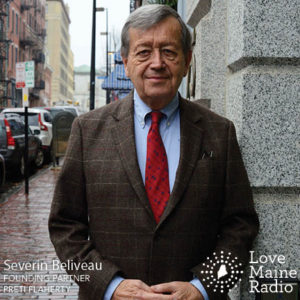 Severin Beliveau is one of Maine’s best-known attorneys and has significant experience in legislative and regulatory issues. He is a founding partner of Preti Flaherty and directs the firm’s government affairs practice in Augusta and Washington, D.C. His practice also involves public issues, environmental projects, and international trade. Throughout his career, Severin has been a leader in national and international organizations. As a former director of the bipartisan American Council of Young Political Leaders, he helped promote cultural and political exchange programs among NATO countries and Eastern Europe. His work took him to Moscow, Leningrad, Riga, and Tbilisi in the former Soviet Union. He also served on political leadership committees dealing with U.S.-Canadian relations, European security, the environment. and technological change. Severin was born in Rumford to a family of Maine lawyers and judges. His father, Albert J. Beliveau, Sr., was a justice of the Maine Supreme Court. His grandfather, Matthew McCarthy, served as the first municipal court judge in Rumford. His uncle, William E. McCarthy, was a Superior Court judge. His brother, Albert J. Beliveau, Jr., was Oxford County’s judge of probate and is a member of Preti Flaherty.