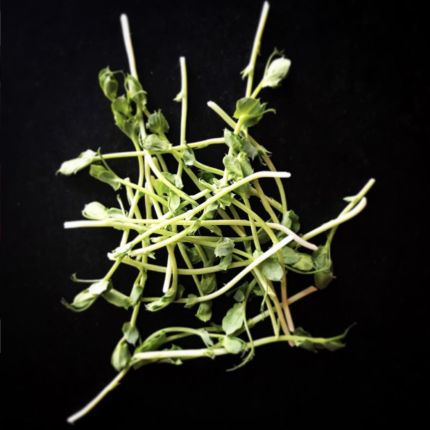 Today’s guests are mother and daughter Chellie and Hannah Pingree, who split their time between politics and small island farming, and Judy Camuso, who protects the state’s furriest residents for Maine Department of Inland Fisheries and Wildlife. 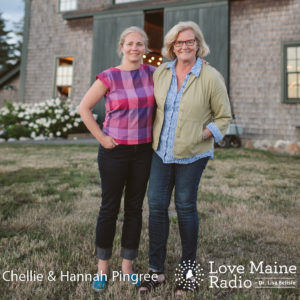 Congresswoman Chellie Pingree moved to Maine in the 1970s, and after graduating from College of the Atlantic, she and her husband started a small farm on the island of North Haven. In the early 1980s, she started a knitting business that grew to ten year-round employees, producing knitting kits and books that were sold in hundreds of stores across the country. She was elected to the Maine Senate in 1992. After serving four terms, including two as Senate majority leader, she went on to become the national president of Common Cause. In 2008, Pingree was elected to Congress to serve Maine’s 1st District, and she was the first woman ever to be elected to represent this district. Pingree is a member of the House Committee on Appropriations and has gained national recognition for her leadership on food and agriculture reform, improving assistance programs for veterans, supporting coastal communities, and other issues important to Maine and the nation.

Hannah Pingree was elected for four terms to the Maine House of Representatives, where she served as the house chair of the Health and Human Services Committee, House majority leader, and speaker of the House. In the Legislature, she represented eleven island and coastal towns in Knox and Hancock Counties. In Augusta, she focused on issues of health care and public health, economic development, housing, fishing, environmental protection, and access to broadband and alternative energy. After being term-limited from the legislature, she has worked as the business manager of her family’s inn, restaurant, and farm, and she manages North Haven Sustainable Housing, an organization that builds housing for year-round residents and island seniors. She hosts a weekly MPBN public affairs show and serves on her local school board. Pingree, her husband, two small children, and their black lab, Willie, all live on the island of North Haven. 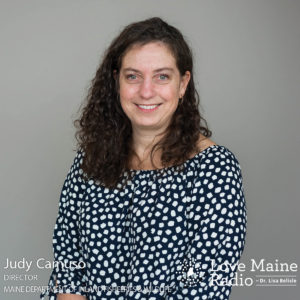 Judy Camuso has been the director of wildlife for Maine Department of Inland Fisheries and Wildlife since 2013 and has been with the department since 2007. As director, Camuso oversees the management, protection, and enhancement of the over 500 birds, mammals, reptiles and amphibians that call Maine home, and perhaps more challenging, a staff of 50 biologists. She oversees the development and implementation of policy decisions, legislative proposals, and rules related to the wildlife division, and she coordinates a budget of $ 12 million to manage Maine’s wildlife. She is the department’s voice on all matters regarding Maine’s wildlife. Prior to becoming director, she worked as special projects coordinator for the department and was a regional wildlife biologist. She has extensive experience with endangered species management and recovery as well as long-range species planning. She started her career at Maine Audubon as the environmental center director, where she oversaw wildlife education programs and conducted several bird banding projects.