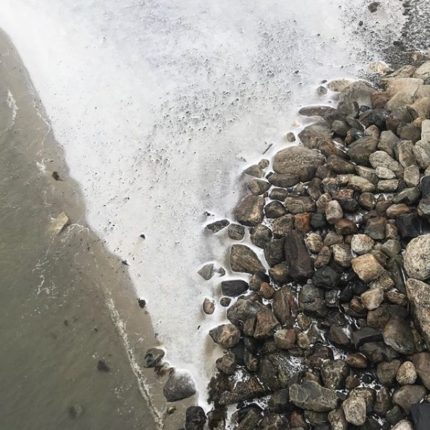 Today we speak with Danielle Devine, the managing editor of Maine Home+Design, and Rachel Walls, the owner of the gallery Rachel Walls Fine Art, located in Fort Williams Park in Cape Elizabeth.

Danielle Devine joined the staff of Maine Home+Design as the managing editor in January 2018. She has been writing, editing, and managing art, design, and architecture magazines for the last 12 years. Before joining Maine Home+Design as managing editor, she contributed as a freelance writer. Devine has a masters degree in decorative arts and design from Parsons School of Design at the New School. She lives in Portland with her husband, two daughters, and dog, Merlin. 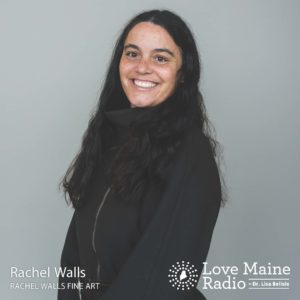 Rachel Walls is the owner of the gallery Rachel Walls Fine Art, located in Fort Williams Park in Cape Elizabeth. The gallery is currently exhibiting the artwork of Dahlov Ipcar and Walls is also organizing exhibitions at the University of Cincinnati and Bates College, which will open this summer.

Walls, who grew up in Cape Elizabeth, first encountered Ipcar as a child when the artist came to Pond Cove Elementary School through a visiting artists program. A skiing accident in 2010 brought Ipcar into Walls’ life again. She was seriously injured and had to re-learn to speak and write. When one of her doctors suggested looking at children’s books, she gravitated to the Dahlov Ipcar books she had loved as a child. And after much work, Walls regained her speech and writing skills, all the while never losing her interest in creativity and visual beauty. By 2015, Walls was representing Ipcar professionally and the plan to exhibit her personal collection was well underway when the artist passed away in February 2018 at the age of 99.

Walls, who graduated from Bates College, began her career at the National Museum of Wildlife Art before becoming the director of exhibitions and design conferences at Western Interiors and Design magazine. After leaving the magazine, she executed the development of educational programming for the American Institute of Architects and the Town of Portola Valley, California using the first LEED Platinum Civic Center in the Untied States as a case study for architects as more efficient municipal centers began to be realized in 2008. She has curated design exhibitions for the U.S. Green Building Council, West Coast Green, and the Urban Land Institute featuring sustainably produced, non-toxic home furnishings and home building systems.

Most recently, she curated fine art exhibitions featuring Marguerite Zorach, Ipcar and William Zorach at Samson Projects in Boston from June to August 2015; Ipcar at Frost Gully Gallery in Freeport from November 2015 to January 2016, and Ipcar: Stories at the Portland Public Library in Portland from October to December 2017.