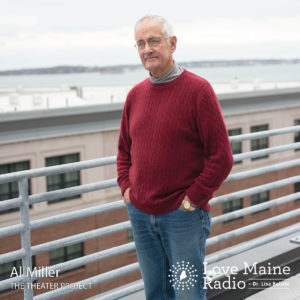 Al Miller was born and raised in Battle Creek, Michigan. Twenty-one years later, he got his BA from Williams College and later his MA from the University of Michigan. He taught for eight years in Lebanon before he moved with his family to Maine, where he and his wife raised five children who are now trying to raise him. Since then he has been working with the Theater Project, which he founded a long time ago, and teaching workshops in various states, as well as in Eastern Europe and the Middle East.