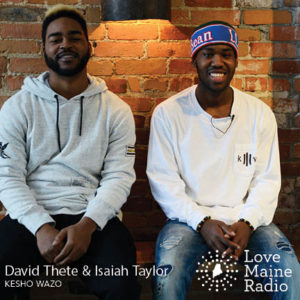 While most high school seniors were waiting to hear back from colleges, David Thete was trying to figure out what his future would hold and what he could offer to the world. Filled with energy and potential, 18-year-old Thete wanted a system where he could be free to create anything his mind allowed and where his ideas were valued as a young person. He founded Kesh Wazo (meaning tomorrow’s ideas in Swahili), an arts collective. In the past year. In the fall of 2016, Kesho Wazo teamed up with Detroit-based artist Ray Spectrum on “House Whether,” a multidimensional visual installation, participatory exhibit focused on issues related to housing in Portland. This year Thete made his debut on the stage with local theater company, Theater Ensemble of Color. In his free time, Thete enjoys recording music, modeling, creative directing, and his favorite—discovering local talents and providing platforms for young people to grow creatively. Kesho Wazo is currently preparing for its first solo showcase at Space Gallery in late April, and have a documentary in the works with filmmaker Erin Murphy.

Isaiah “Zaya” Taylor is a recording artist from Portland, Maine. His connection to Kesho Wazo is simply through music. He teamed up with Thete and Kesho Wazo with the intention to push the culture forward. Through his music, he hopes to inspire others to do the same. He will be performing live on April 22 at Kesho Wazo’s solo showcase. Zaya believes sending a positive message through his music could influence an entire generation of young artists.