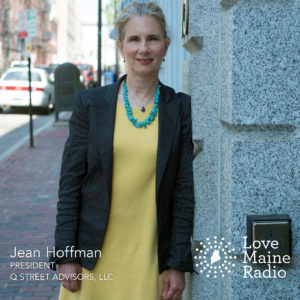 Jean Hoffman is an executive and entrepreneur who has built successful companies in the global pharmaceutical, veterinary, and healthcare information technology industries. In 2006 Hoffman founded Putney, a pet medicine company, and served as chairman, president and CEO until the company was sold to Dechra Holdings US, a subsidiary of Dechra Pharmaceuticals, for $200 million in April 2016. She has been honored with numerous awards including a 2014 EY Entrepreneur Of The Year New England award in the life sciences category. In 2016, Hoffman was named to NewSpring Capital’s CEO Hall of Fame and was selected as CEO of the Year in 2015. Putney and Hoffman were honored by Deloitte’s 2013 North America Technology Fast 500, Inc. 5000’s list of America’s fastest-growing private companies in 2011 and 2013, and Goldman Sachs Builders & Innovators Summit Honoring 100 Most Intriguing Entrepreneurs in 2012. Putney was also chosen as Portland’s Business of the Year in 2013 and was recognized as the Society for Human Resource Management’s Best Place to Work in Maine in 2013.