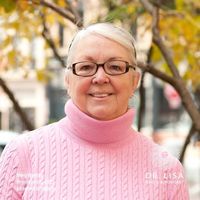 Meg Baxter’s nonprofit career has spanned four decades – with the majority of her work conducted in Maine. She is a passionate advocate for the nonprofit sector and the people and communities served by it. In 2011, she was named President and CEO of the Mitchel Institute, Senator George J. Mitchell’s scholarship and research institute. In that role, she oversees the distribution of four-year scholarships to a senior at every one of Maine’s 129 public high schools. At any one time, there are over 500 Mitchell Scholars in post-secondary institutions. The Institute provides mentoring, fellowships and leadership development to its scholars and alumni. Meg has held numerous positions on Boards throughout the state. She is a self-described “board junkie”. She is the proud mother of Patrick Carey and his wife Elise Pelletier and daughter Meghan and her husband Alex Grabau. She lives in Cape Elizabeth with her 13.5 year old yellow lab, Mac. She is an avid cribbage player, Red Sox and New England Patriot fan, and crossword puzzle enthusiast.