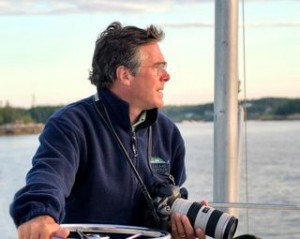 Peter Ralston, noted Maine photograher, has photographed the coast of Maine since 1978, drawn especially to the working communities that define coastal Maine’s character.

His work has been seen in countless books and magazines, featured on network television and has been exhibited in galleries, collections and museums throughout the United States and abroad. Most recently his work was added to the permanent collections of the National Museum of American History at the Smithsonian and Boston’s Museum of Fine Arts. In 2003 his photography as well as his role as co-founder of the Island Institute was awarded an Honorary Doctor of Laws Degree at Colby College. Beginning in June, 2011, Peter has been posting “Photograph of the Week” on his site, in which every Wednesday he tells the story behind one of his photographs/prints.