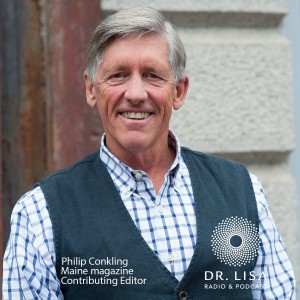 With a background in both conservation and business, Philip Conkling launched the Island Institute with a vision of helping communities and owners balance natural resource protection and community development objectives. As part of his work, he has traveled extensively on voyages to Arctic and sub Arctic regions of both the Pacific and Atlantic oceans and written extensively on sustainability issues facing coastal and island villages throughout northern and coastal regions.

Philip is the founding publisher of Island Journal and the author of Islands in Time, A Natural and Cultural History of the Islands of the Gulf of Maine. He conceived and edited From Cape Cod to the Bay of Fundy – An Environmental Atlas of the Gulf of Maine and most recently also conceived and edited The Fate of Greenland-Lessons from Abrupt Climate Change, which won the Phi Beta Kappa award for science book of the year. Philip’s formal education includes a B.A from Harvard University (1970) and a M.F.S. from the Yale School of Forestry and Environmental Studies (1976) and in 2013 was awarded an honorary doctorate from Bowdoin College. He is a contributing editor for Maine magazine.