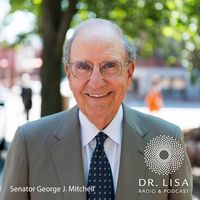 Senator George Mitchell served for several years as Chairman of DLA Piper and is now Chairman Emeritus. He was a founder of the Bipartisan Policy Center. He served as a federal judge; as Majority Leader of the United States Senate; as Chairman of peace negotiations in Northern Ireland which resulted in an agreement that ended an historic conflict; and most recently as U.S. Special Envoy to the Middle East. In 2008 Time Magazine named him one of the 100 most influential people in the world.