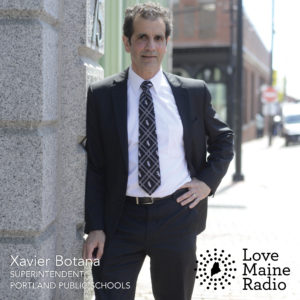 Xavier Botana has been superintendent of the Portland Public Schools since July 1, 2016. The Portland Board of Public Education selected him after conducting a nationwide search that drew more than 40 applicants. In choosing Botana, the board cited his credentials and his work as an innovative school leader in such key areas as parent engagement, budget development, and curriculum alignment. In his seven months leading the Portland Public Schools, Botana has spearheaded a successful update of the district’s Comprehensive Plan; worked with school and city officials, families and the community to draft a transformative proposal for critical renovations at four elementary schools; and aided in the process of developing a new family partnership policy for the district. Botana, 53, was born in Cuba during the Castro regime. His family’s experience immigrating to the United States from Cuba motivated his work in education.