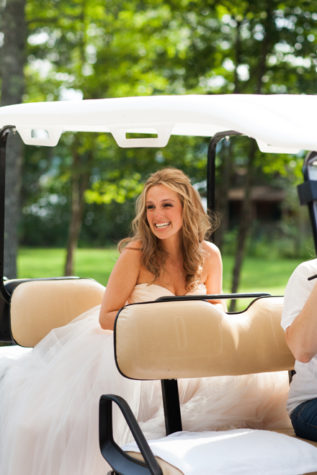 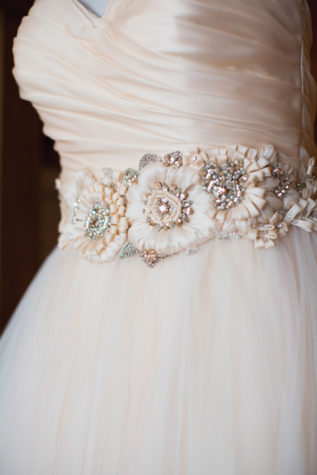 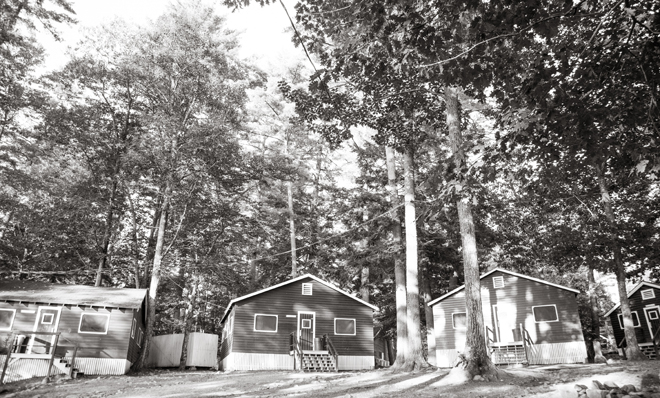 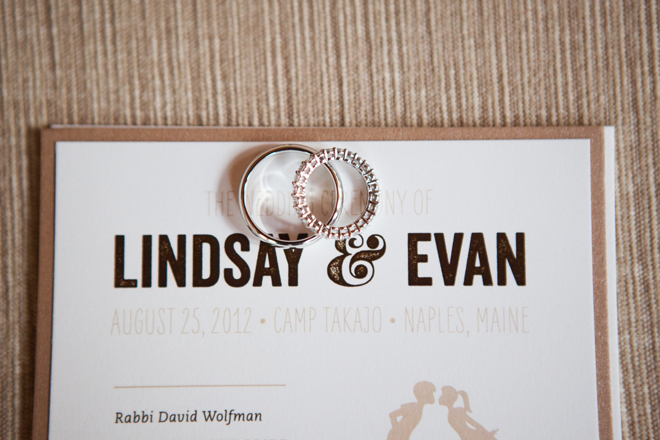 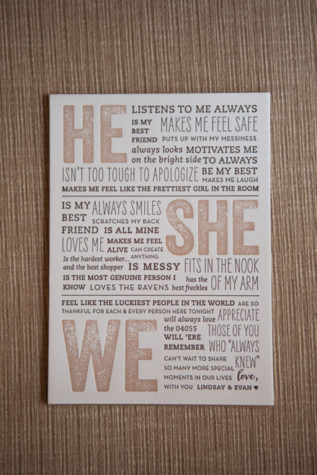 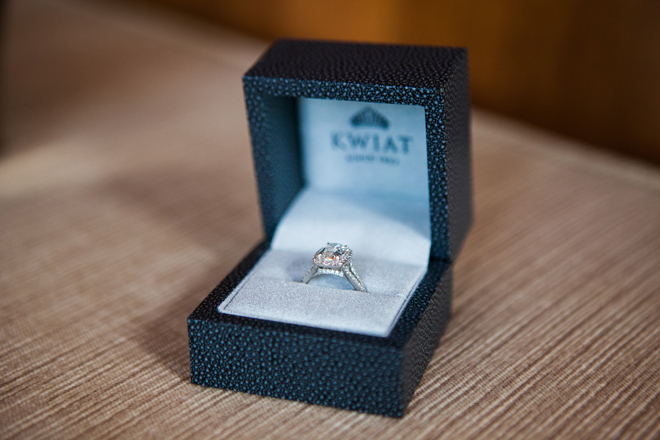 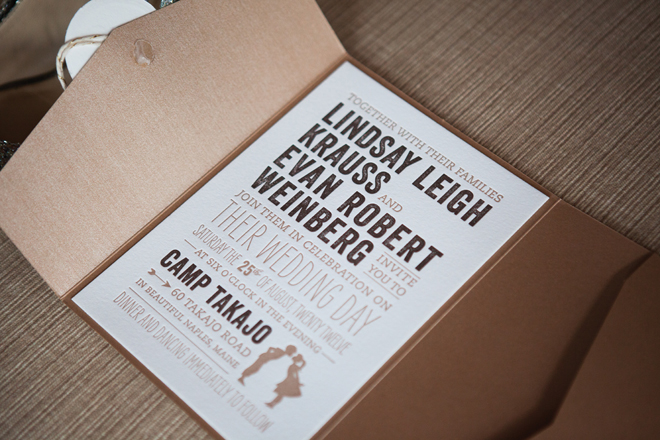 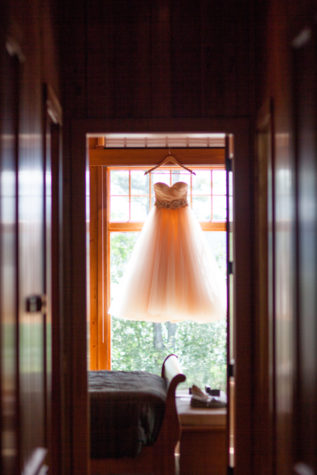 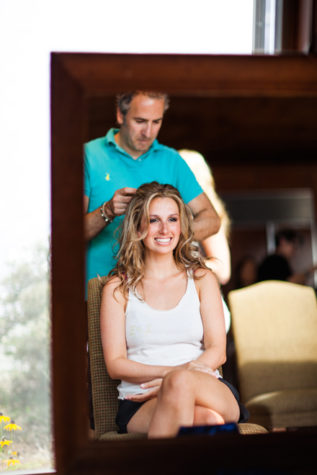 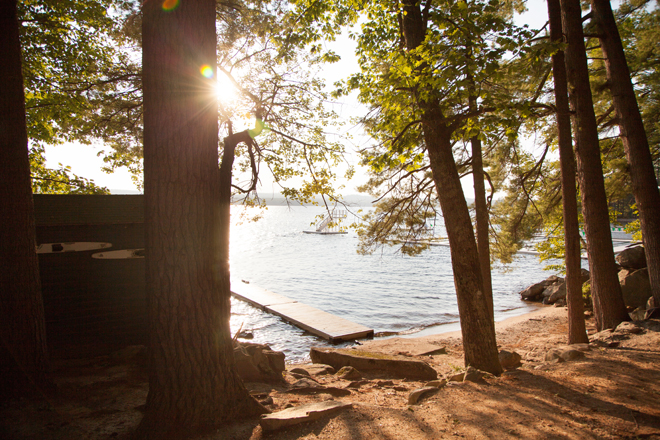 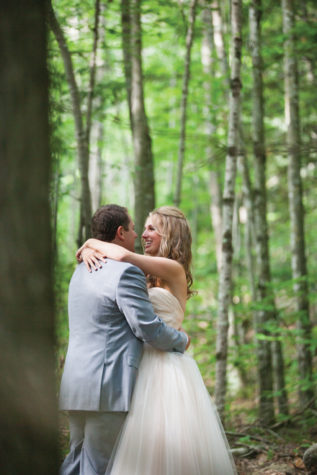 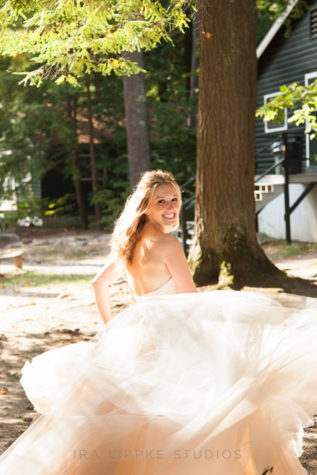 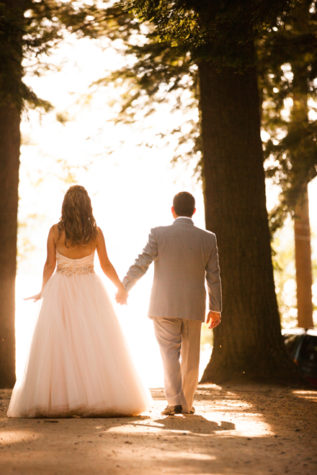 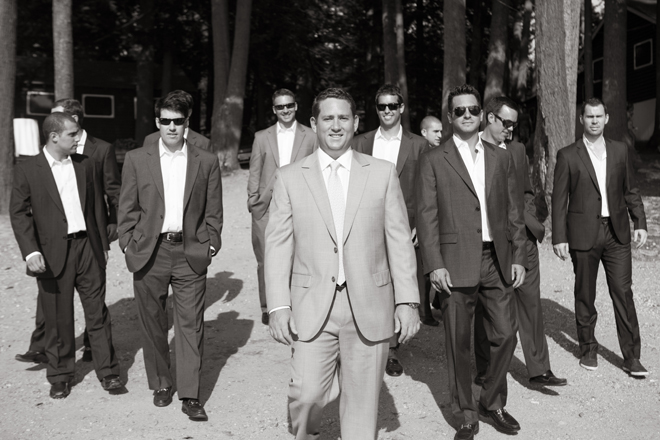 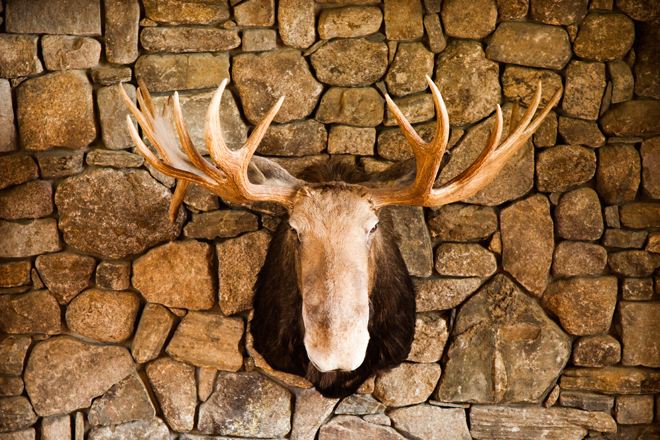 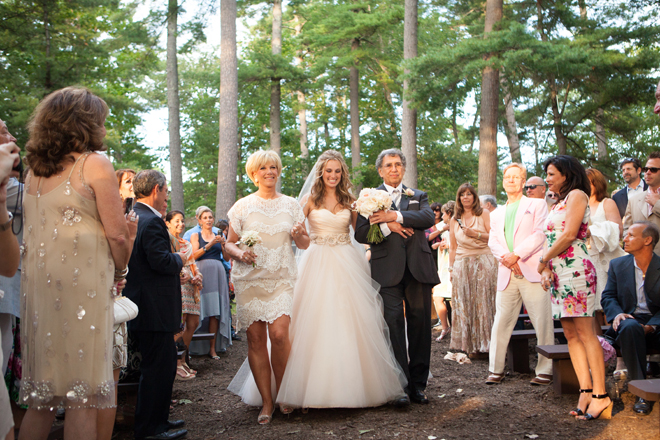 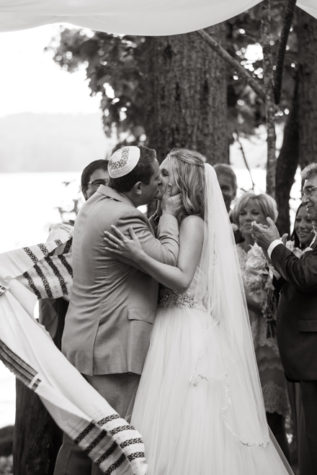 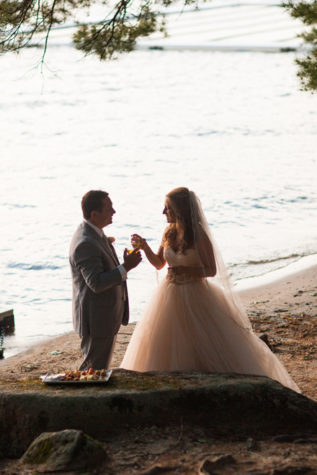 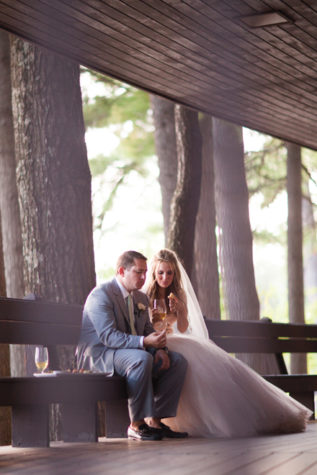 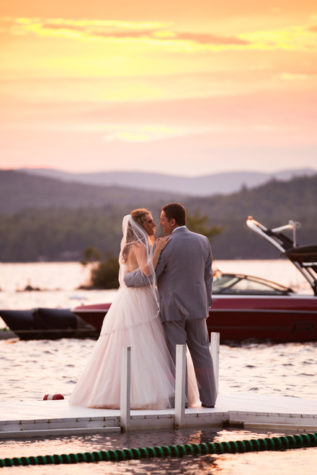 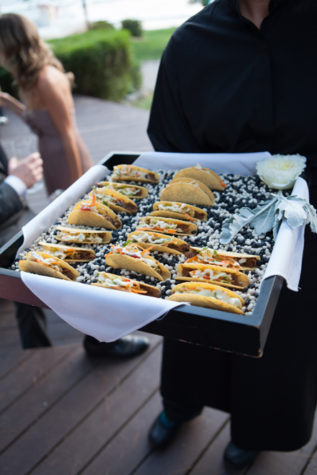 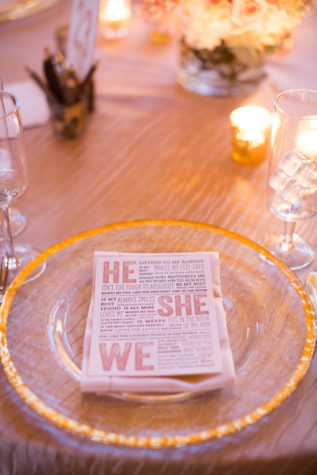 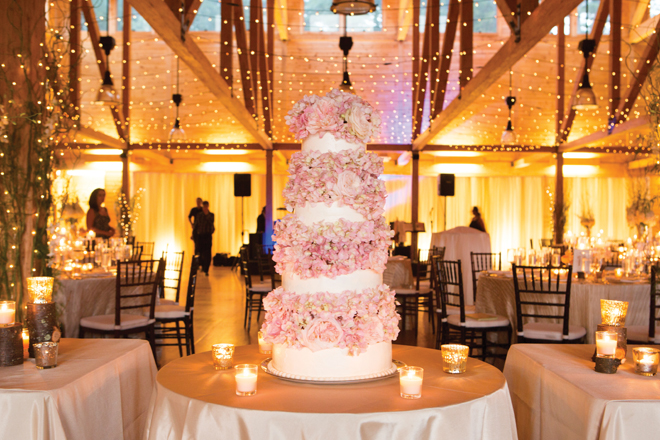 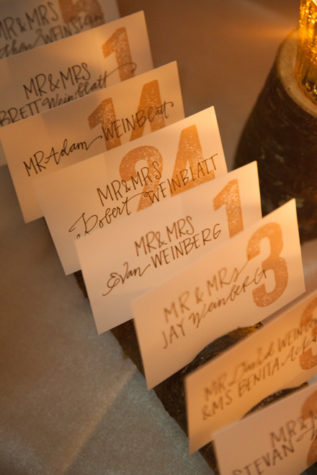 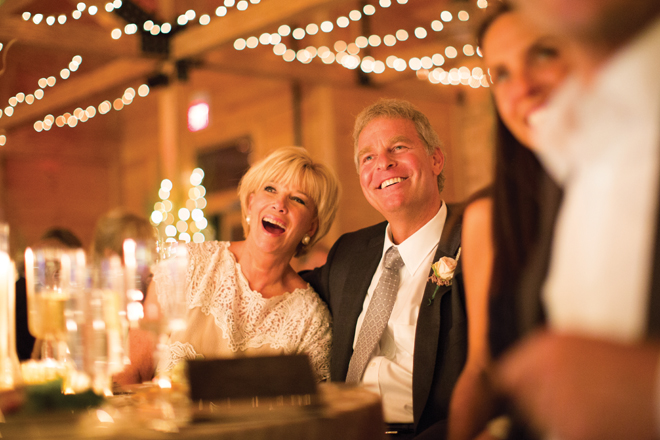 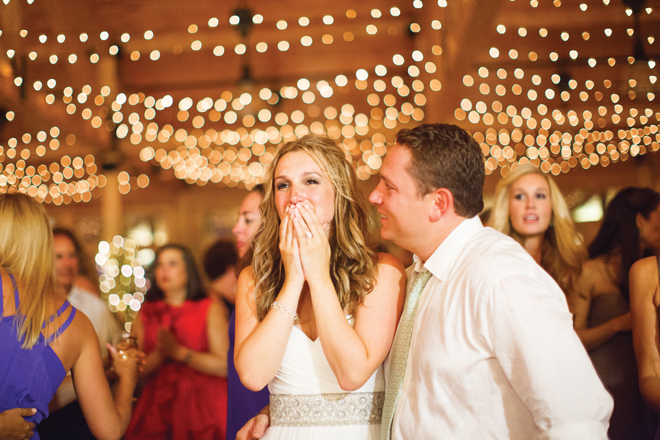 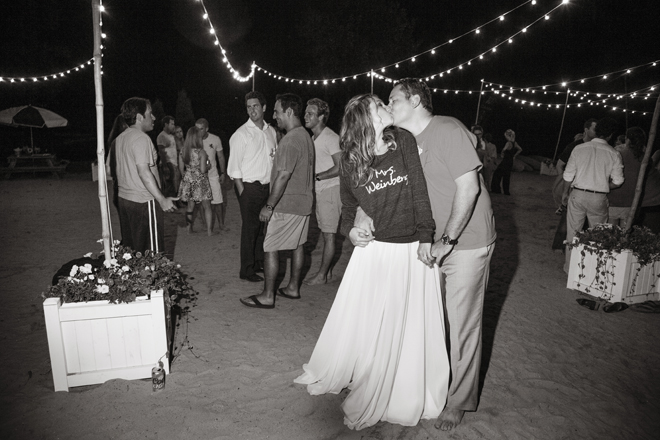 As a kid, Evan spent six summers at Camp Takajo in Naples, growing up with Lindsay’s stepfather Jeff—the camp’s owner—as a role model, mentor, and friend. Years later, when Lindsay pulled up for her freshman year at the University of Pennsylvania with two carloads full of stuff, Evan, a junior, helped her unload it all at Jeff’s request. Ten years later, having never left each other’s lives, Evan and Lindsay’s relationship grew from a friendship to a romance. Upon return from a vacation to Mexico one Sunday evening, Lindsay found their apartment full of flowers and candles—Evan and Lindsay’s families had decorated the apartment and were waiting for them at a favorite restaurant around the corner post proposal. Of course it made perfect sense to marry at Takajo, a place that holds an important place in both of their hearts. With the help of some of the most talented vendors in Maine, including Kate Martin of Beautiful Days and Leslie Oster of Aurora Provisions—as well as the entire staff at Camp Takajo—the pair created their dream wedding. Although it was held at a camp, it was not at all campy—but bursting with joy and beauty.

“RABBI WOLFMAN IS THE MOST CALMING, WISE, CARING MAN AND HELPED BRING US THROUGH THE MONTHS LEADING UP TO OUR MARRIAGE FOCUSING ON WHAT WE WERE REALLY DOING—CREATING A FAMILY.”

that venue? “It is the most beautiful playground and the most stunning setting. This weekend represented our personalities—fun, and focused on family and friends. It was outdoors on the lake, but still luxurious, high-end, and comfortable.”

that dress? For Lindsay, her Lazaro gown was the right amount of traditional with an edge—the “badass/rockstar” element she tends to incorporate into her own personal style.

that color scheme? The couple wanted everything to be soft and muted, enhancing the magic of the locale with soft hues of peaches and pinks, gentle greens, and neutrals like gold and ivory.

that photographer? Adam Sjöberg shot Lindsay’s friend’s wedding and she simply loved the images. “He has an eye for art and captures moments in the most beautiful way,” says Lindsay.