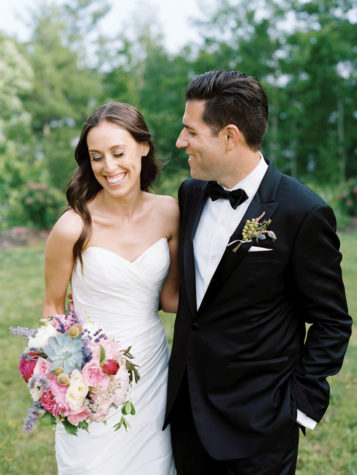 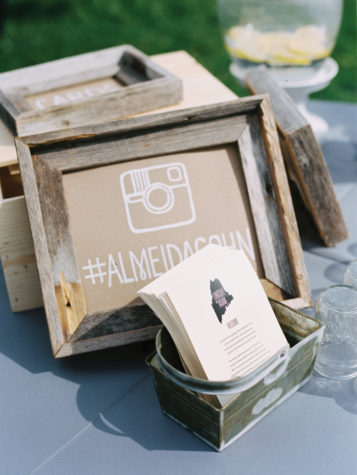 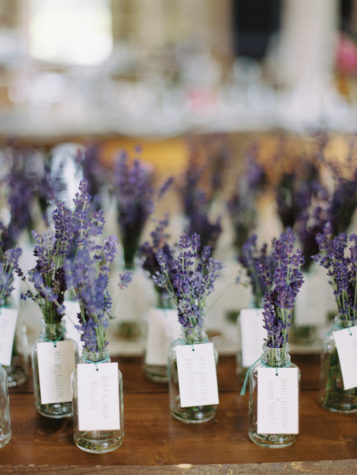 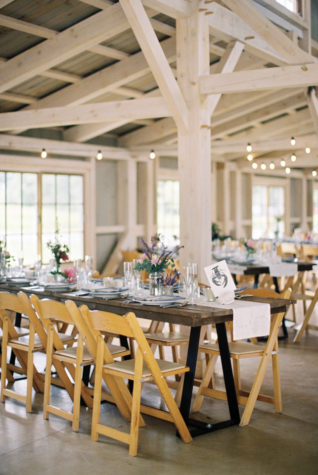 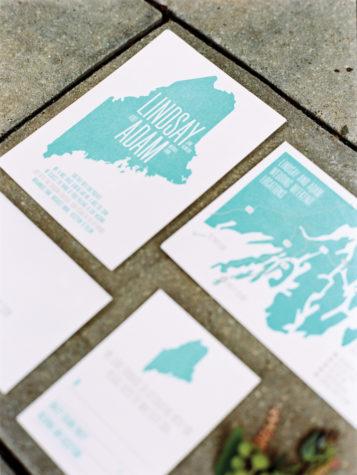 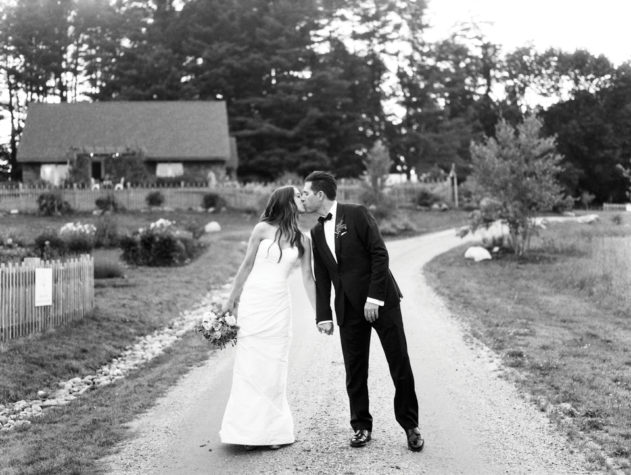 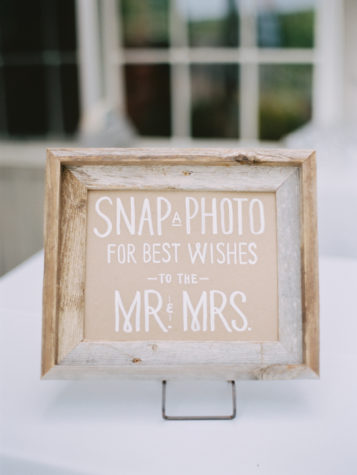 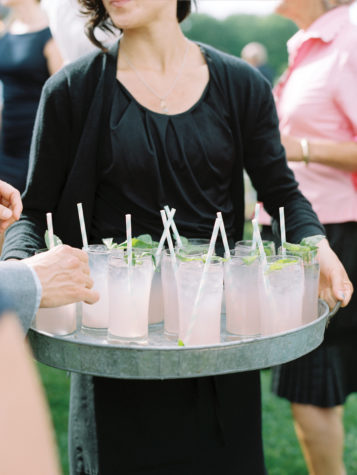 Adam and Lindsay met at work and initially Lindsay played it safe, not wanting to be more than friends. However, after she tasted several of Adam’s home- cooked dinners and spent evenings talking about everything from music to design, comedy to travel, the two quickly fell deeply in love. They dated for four years before Adam, with the help of a friend, crafted a ring inspired by the engagement ring of Lindsay’s grandmother, with whom she was especially close. Adam and Lindsay knew they wanted to get married in Maine. Lindsay’s family had a connection to Bailey Island, where she spent summers as a kid at her family’s cottage. During the search for a venue, Lindsay said to Adam, “I just really want to have our wedding in a barn, on the water, in Maine.” Adam typed those words into Google and Marianmade Farm in nearby Wiscasset popped up. “We fell in love with the location immediately,” says Adam.

“As a couple we absolutely love entertaining and spending time with our friends and loved ones, so having a wedding at a beautiful venue, with amazing food and music, were three things extremely important to us,” says Lindsay.

MUSIC: The Boston String Quartet played their arrangement of “Ceremony” by New Order as Lindsay walked down the aisle. The DJ was Nick Catchdubs of New York City.

FOOD: Adam and Lindsay are both vegetarians, so Trillium created a balanced menu with vegetarian options as well as plates for meat lovers. “We still hear from our guests about how fantastic the food was,” says Adam.

CEREMONY: When a birch arbor wasn’t available to stand under during the ceremony, Lindsay’s dad and her uncle built one from trees on Bailey Island the day before the wedding.