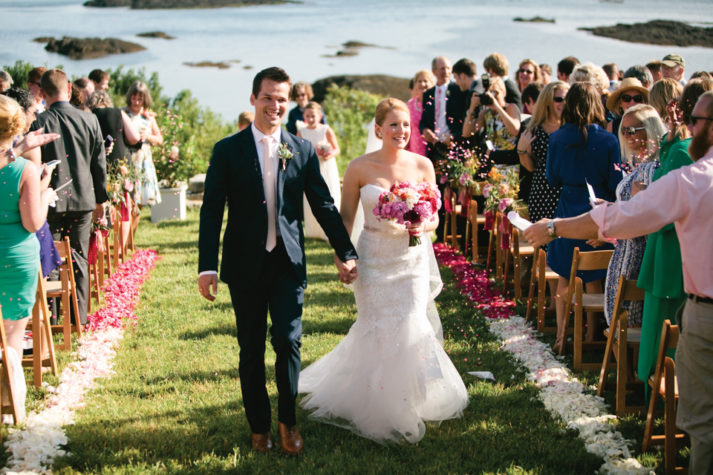 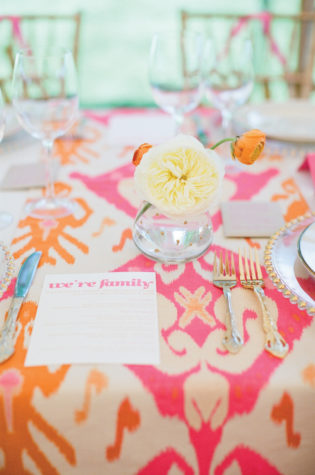 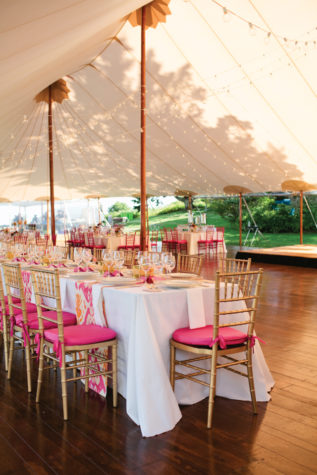 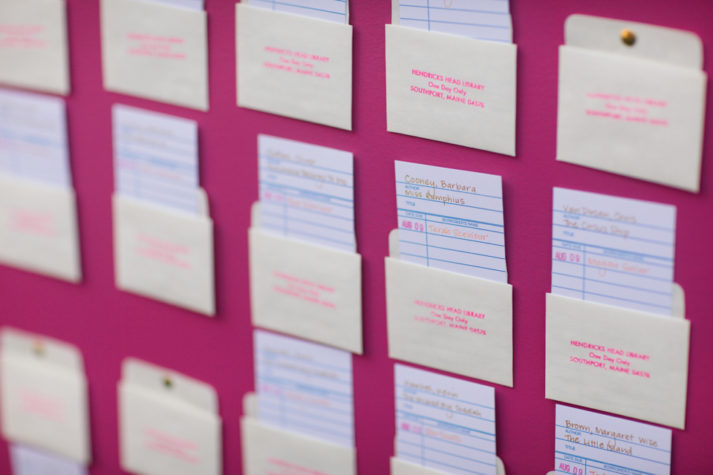 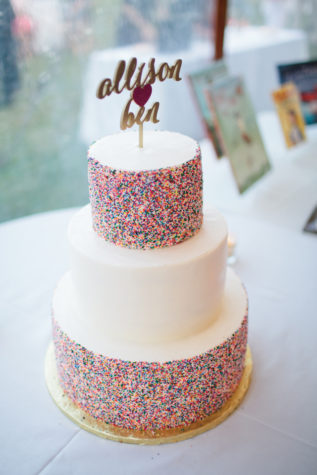 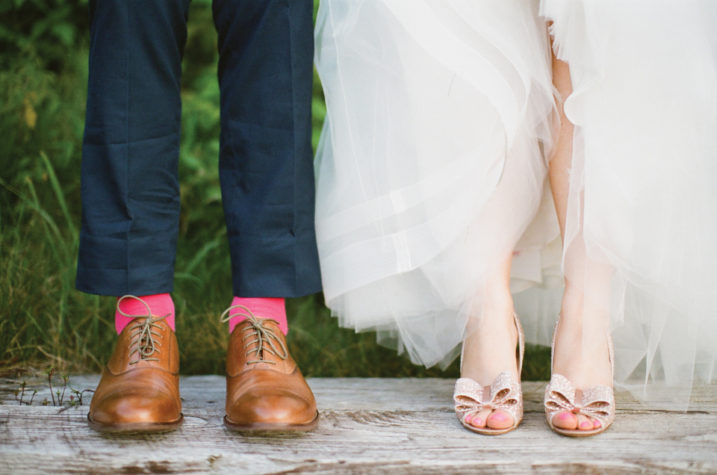 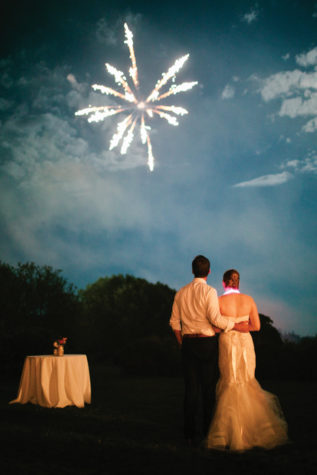 Ben and Allison are high school sweethearts. The two initially got to know each other on long bus rides to and from baseball and softball games in the Mountain Valley Conference. Ten years later on the day Allison was finishing up her graduate work, Ben proposed. “I graded the last of my papers as a teaching assistant, and I had handed in my own final paper the night before. It was late afternoon, and I was sitting on the couch in sweatpants,” says Allison. Ben asked her to go out to dinner. “Before I could even register, he was kneeling with the ring and said, ‘Well, if we go out, maybe you could wear this?’ I was completely shocked.” They were living in Boston at the time, but knew they’d return to Maine for the celebration. They hosted it in Allison’s parents’ backyard. “I had always dreamed of getting married looking out on the view I was lucky enough to grow up seeing out of my bedroom window.”

“We had many people comment that the wedding really felt like us, which was a lovely compliment,” says Allison.

TABLESCAPES: Her work in children’s publishing inspired them to name tables after picture books about Maine or by an author or illustrator from Maine. “Miss Rumphius by Barbara Cooney is my all-time favorite picture book, so that was the head table.”

MUSIC: The couple’s 10-year-old niece, Isabel, surprised them with a performance of the song “Count on Me.” “She played the guitar and sang, and was a total pro. When someone dropped an entire tray of cake to very loud effect, she kept right on going. The band even accompanied her,” says Allison.

COLORS: Pink, orange, gold (mostly glitter), and blush were their colors. Allison was inspired by an Eddie Ross tablescape that featured ikat runners and hot pink Chiavari chairs. The pink and orange ikat table runners and table squares were sewn by a close family friend.

ATTIRE: Ben found the ring bearer’s shoes—tan Sperries with neon pink soles. The groomsmen’s ties were made by Staghandmade from Liberty of London Fabric and bought via Etsy, with a matching collar and leash for their goldendoodle, Bode, from Pecan Pie Puppies, also on Etsy.